The Timeline is one of the most important section in Adobe After Effects. In the Timeline you can edit the sequence in which your animation elements appear on the Main Window . The Timeline allows you to add and modify basic settings of your elements, such as Position , Opacity , Scale , Rotation etc. Also, through the Timeline you can apply and edit effects on your elements. These modifications are possible through the assignment of keyframes , which we will explore below.

You can adjust the scale of the timeline by moving the upper slider. Scaling the timeline works as a zooming procedure that increases resolution, so that you can operate on the keyframes more accurately. Also, you can preview a limited part of your Work Area , in the case that you want to preview a small part of your animation and not run it from the beginning each time you want to test how it looks. The images below show how the two the operation works. 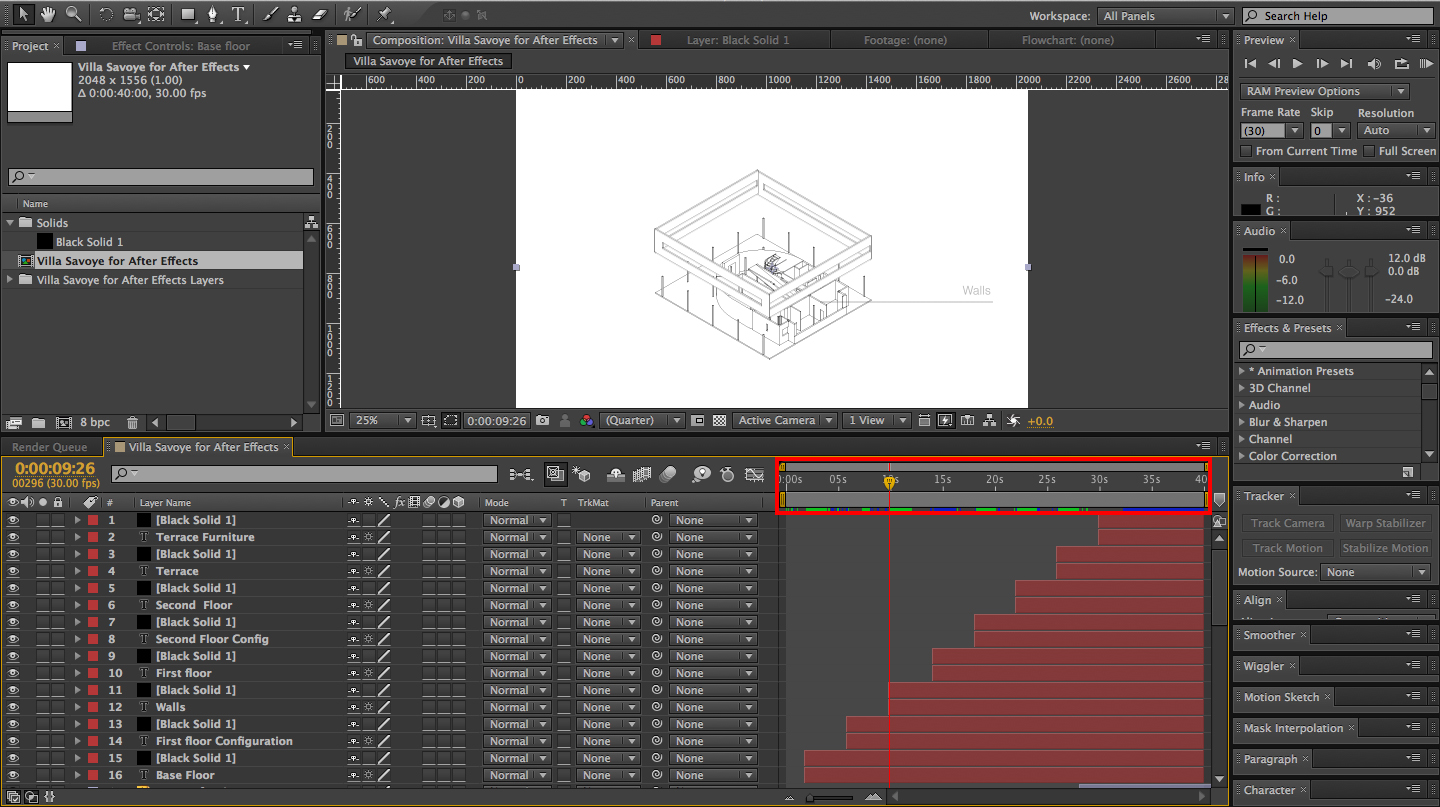 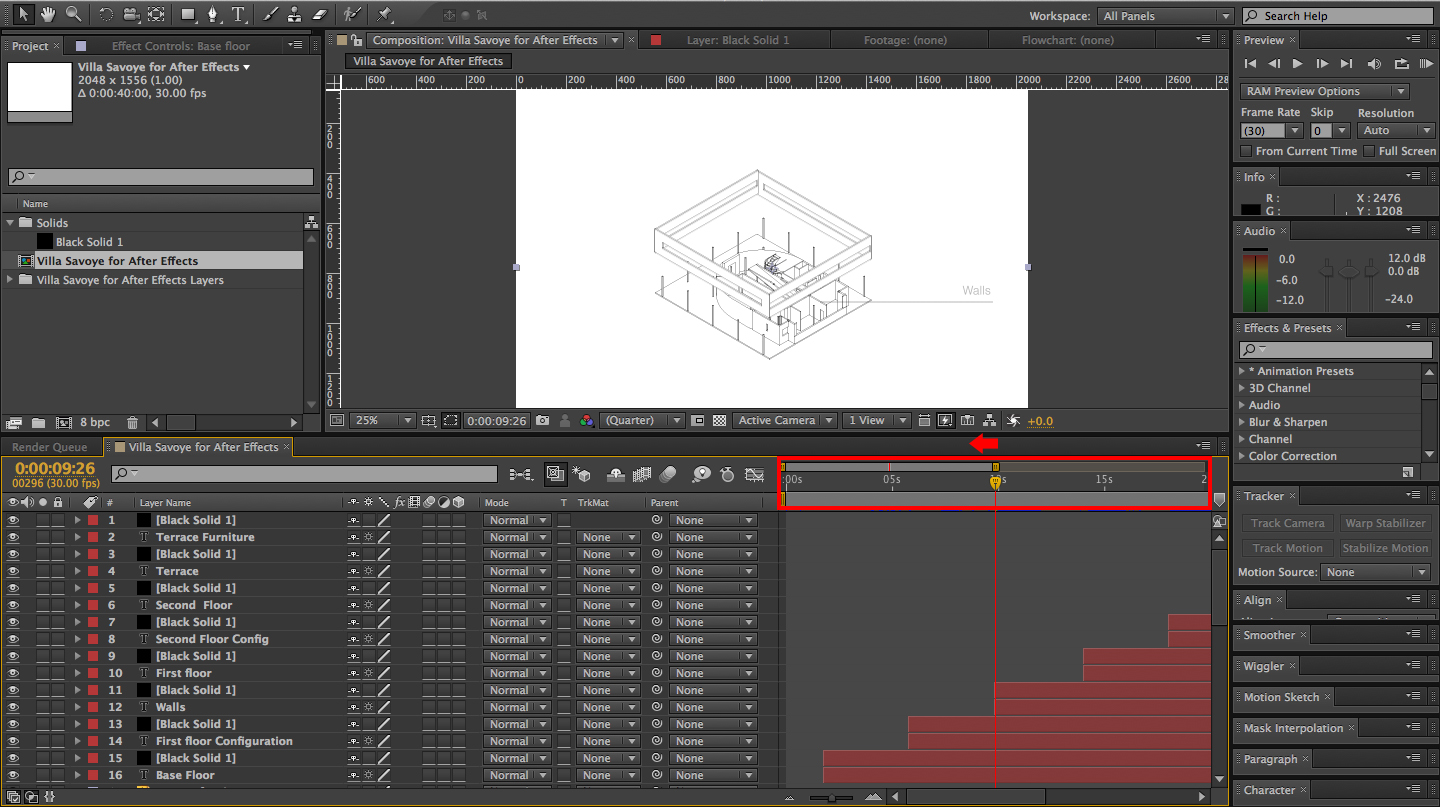 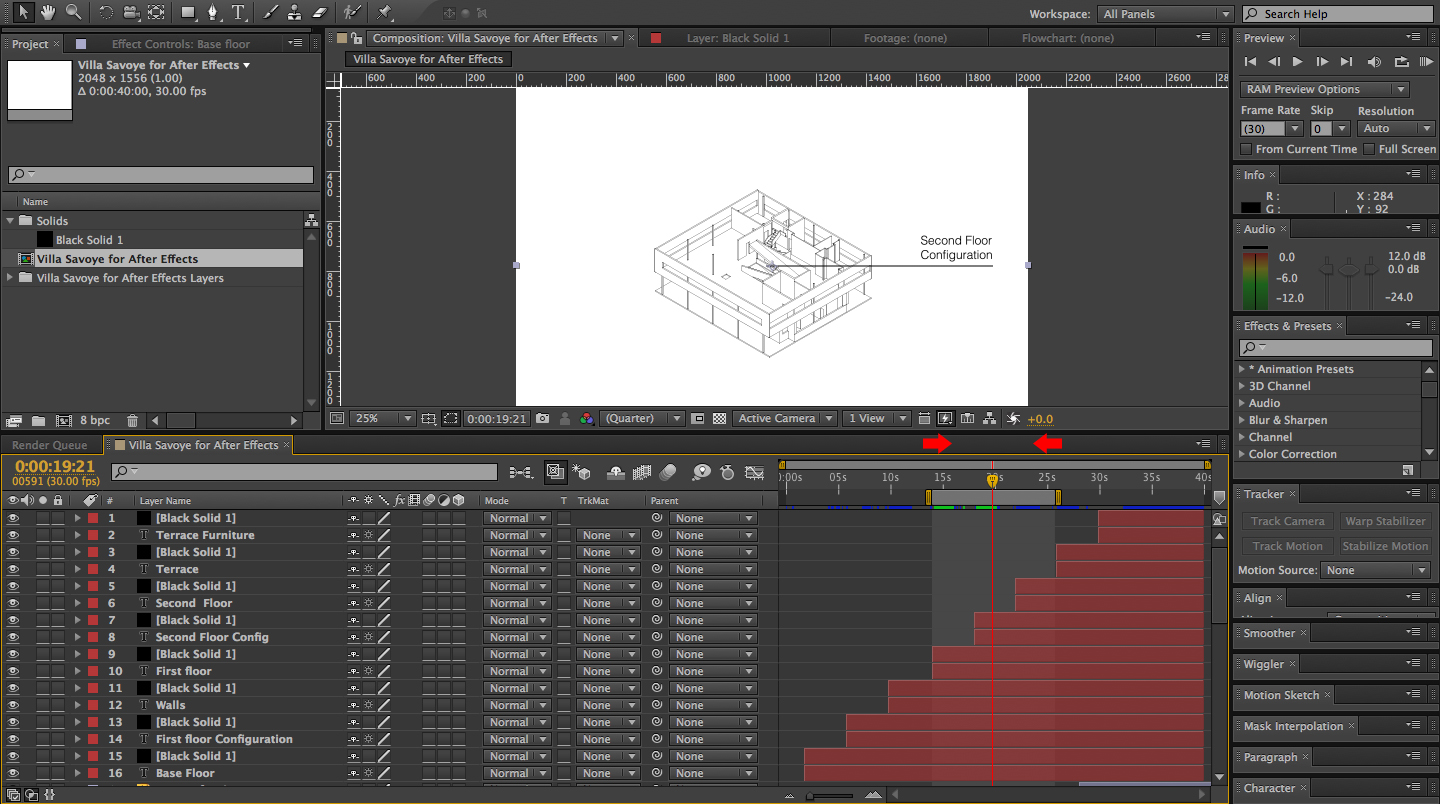 Understanding how keyframes work is fundamental for creating any kind of motion graphics. Keyframes are what an animator uses to indicate key points within an animation. In Adobe After Effects, keyframes are used in exactly the same way as animators used them in all kinds of animations. We set a keyframe when we want to indicate an important moment of our animation and then assign a second keyframe to indicate another moment and After Effects will create the transition from one keyframe to the other. Generally, a motion is indicated by at least two keyframes, one that indicates the initial position of the object and one that indicated its final position.

Now we will go through some basic keyframe settings. One of the most common settings you will be doing in After Effects is animating the Position of an object. Other important settings are the Scale , Rotation , and Opacity . All these settings can be accessed in the same place in After Effects interface. To adjust these settings for any layer in the scene, click on the little arrow next to the Layer icon in the Layer window . A drop down will appear. Click on the arrow next to the Transform option. Notice that a drop down appears that includes all the basic settings. 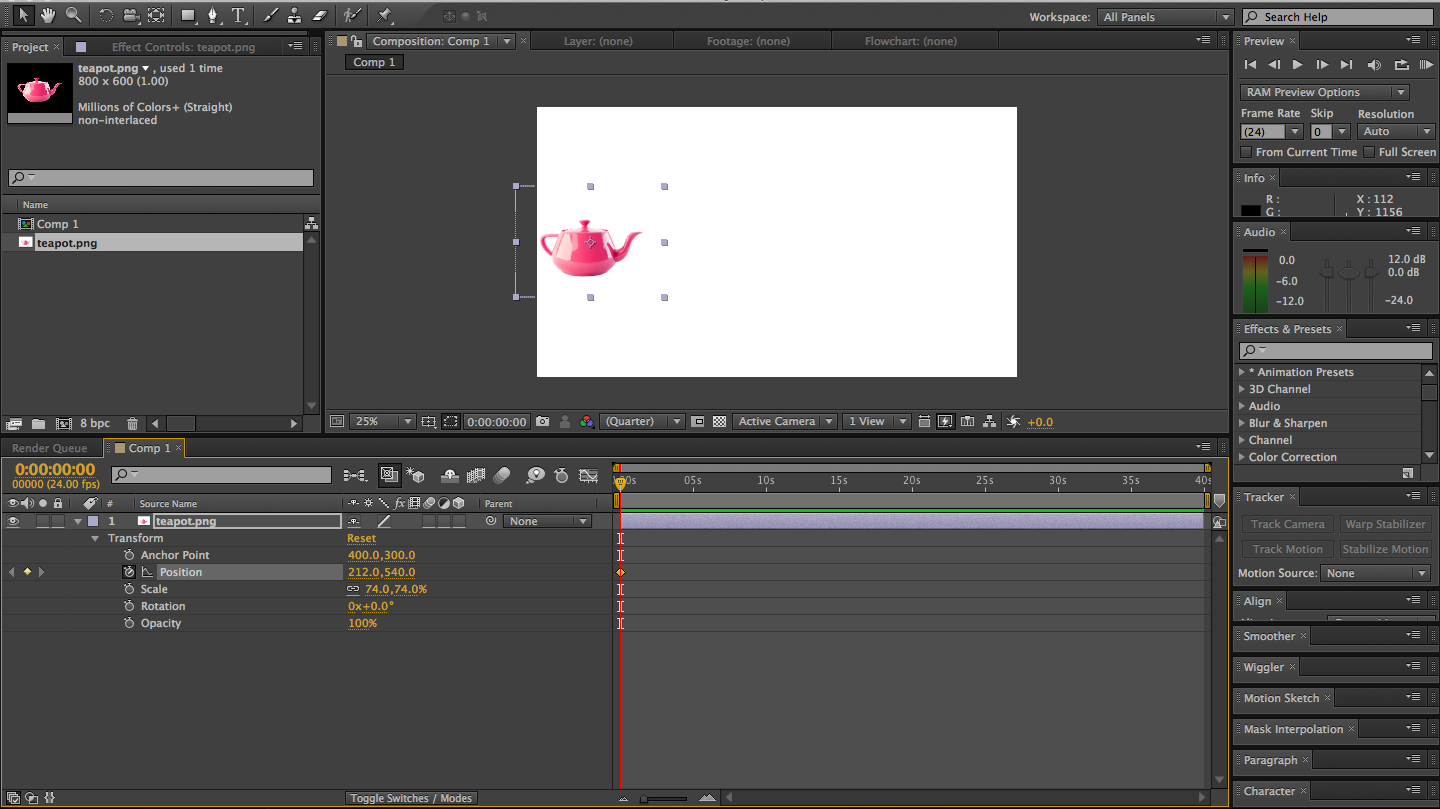 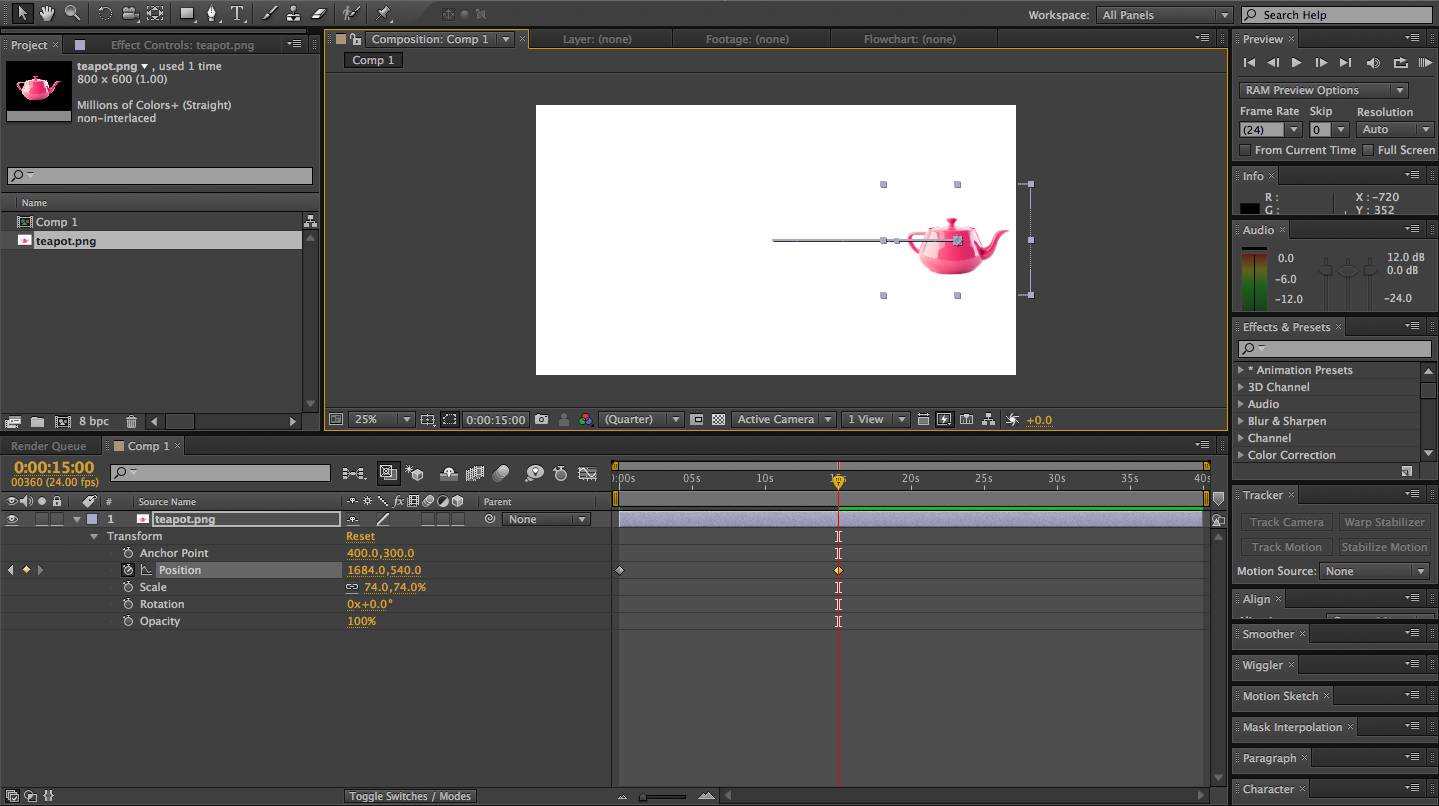 The process can be followed in exactly the same way for the other setting in the Transform section of the layer.

The animation path is the trajectory that the animated object follows. The animation path includes the keyframes as points along a line. You can modify the positions of your keyframes, manually by dragging the points of the animation path. One interesting thing to notice is that the path curve, is a bezier curve and it allows you to deform it by adjusting the handles that are located in every point (keyframe) on the curve. 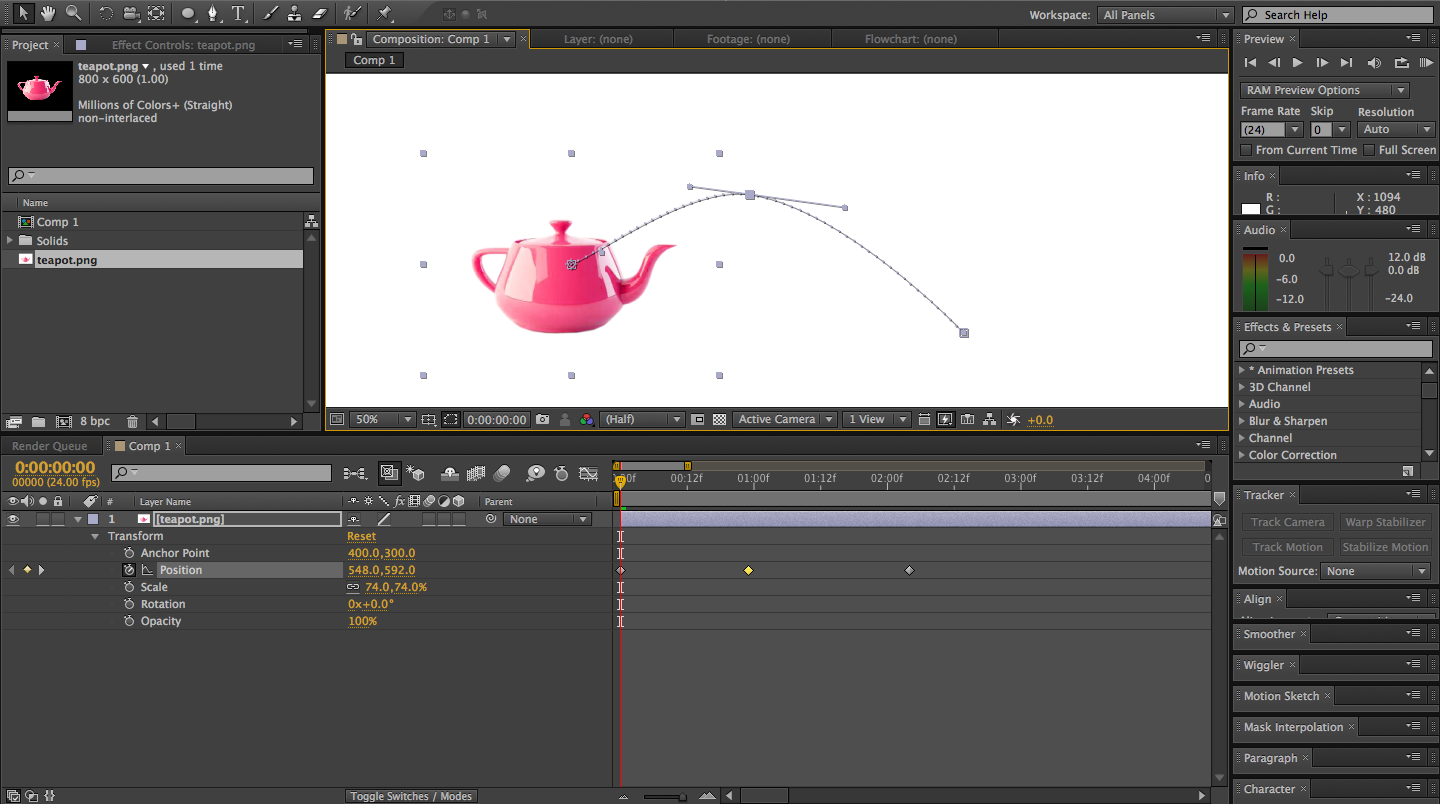 In the case that you want your object to move along a certain path, you can use any mask or any paths for instance, from Photoshop, Illustrator or from a shape created in After Effects. In this example we will create an animation path from an Ellipse and paste it to an object on the scene.

To create a Mask Path from an Ellipse shape, create a new Layer, select it and draw an Ellipse on the scene. Notice that a Mask section is created in the attributes of your layer. 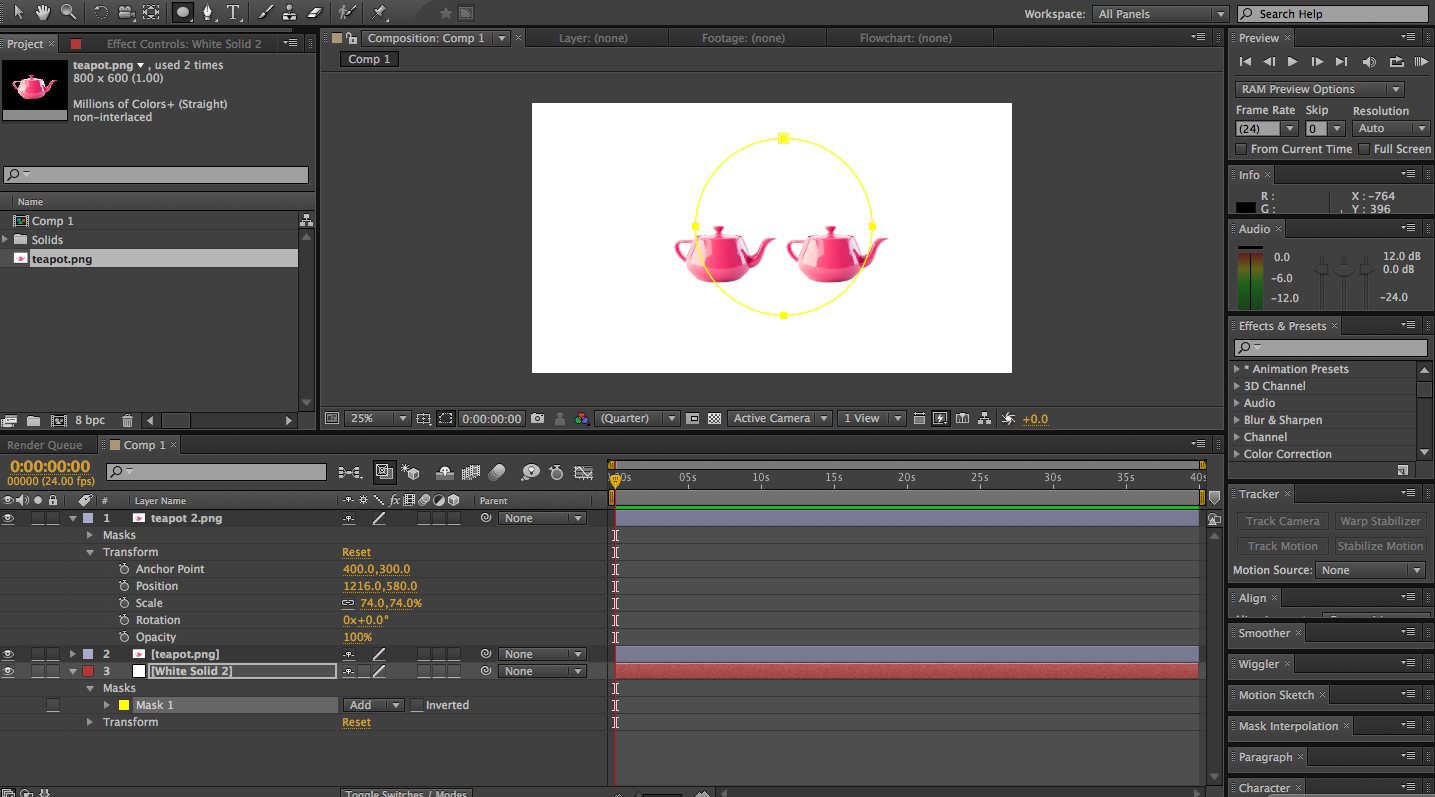 Click on the small arrow next to the Mask section, select the Mask Path and paste it to the Position of the layer you want to apply the path to. 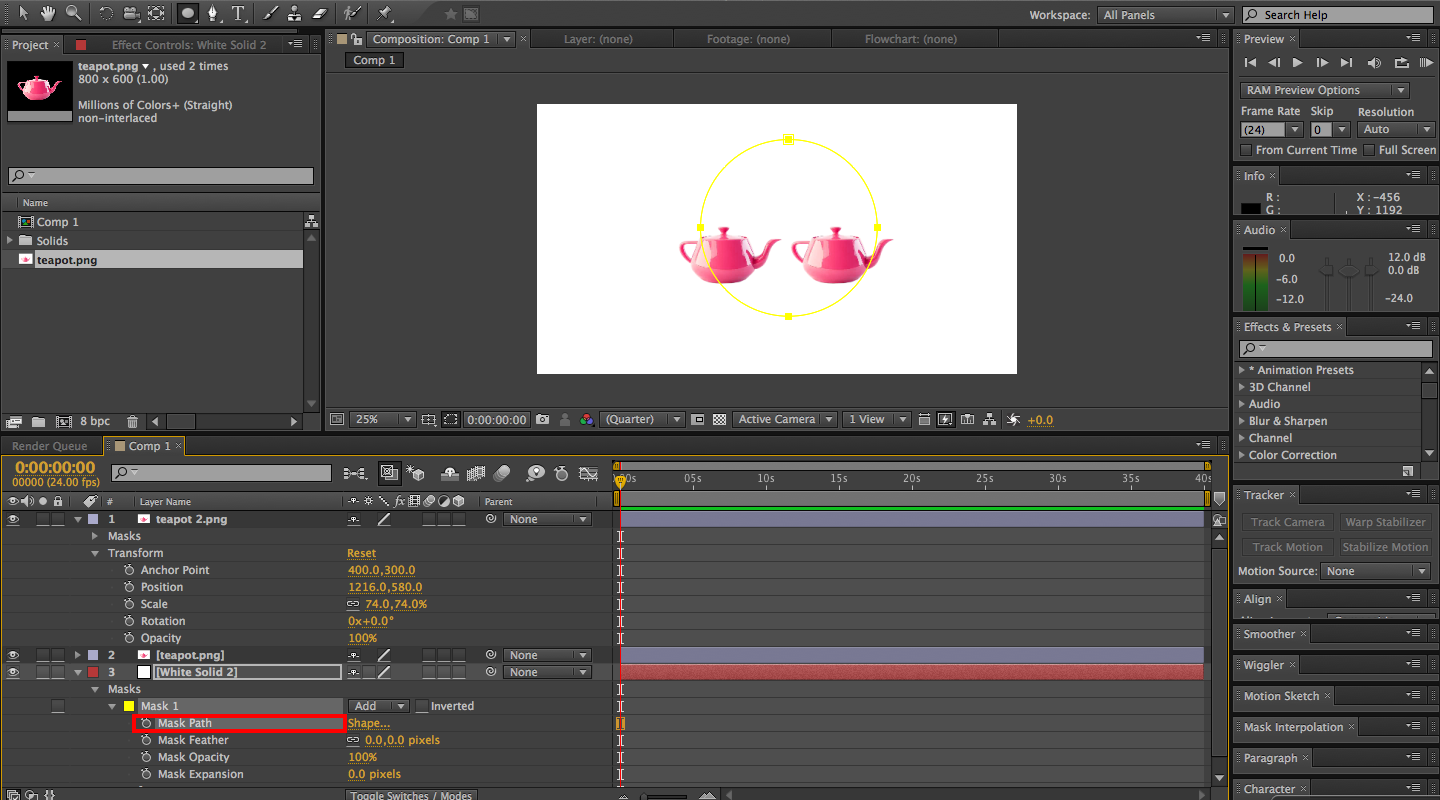 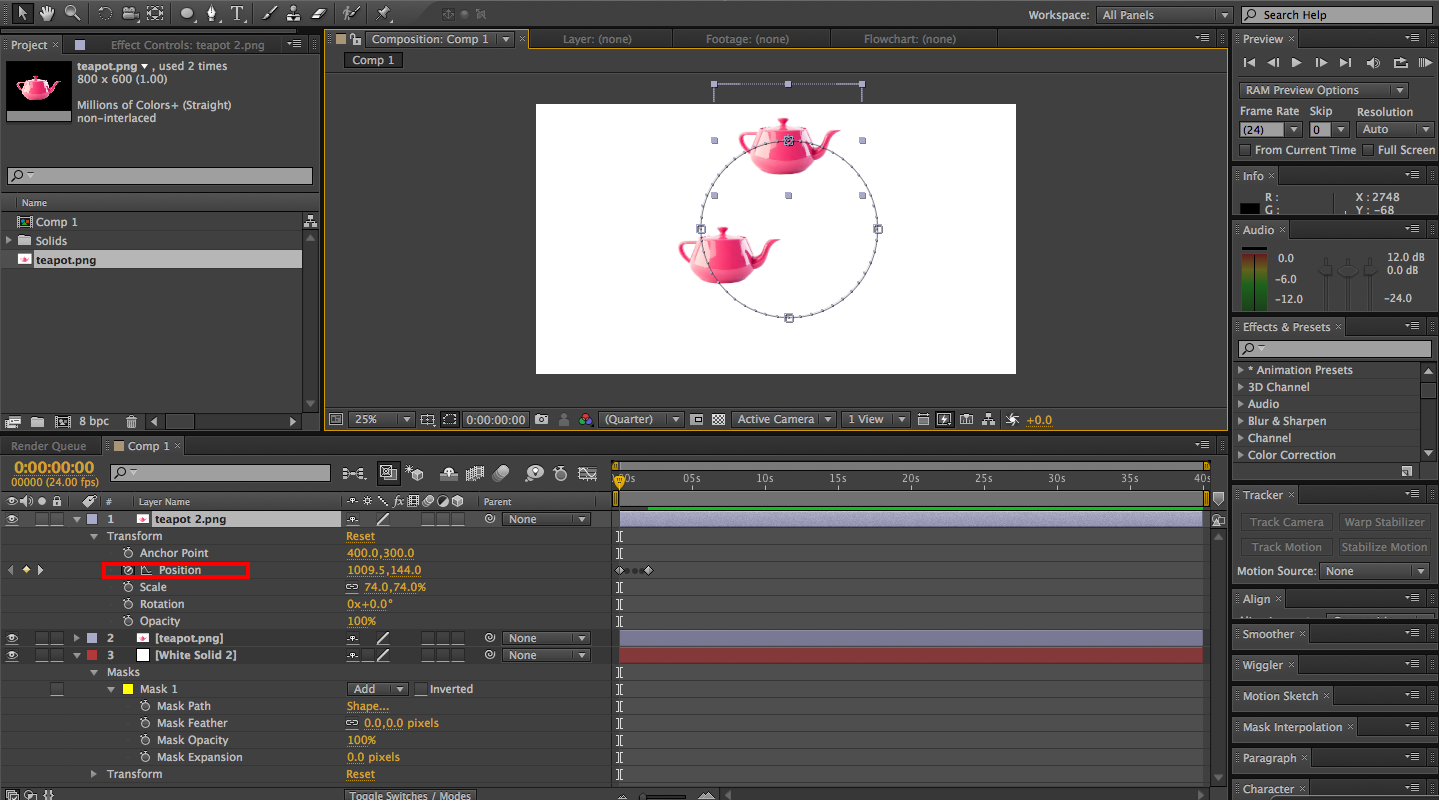 Notice that your layer is now moving along the new path theta has several, linear keyframes. 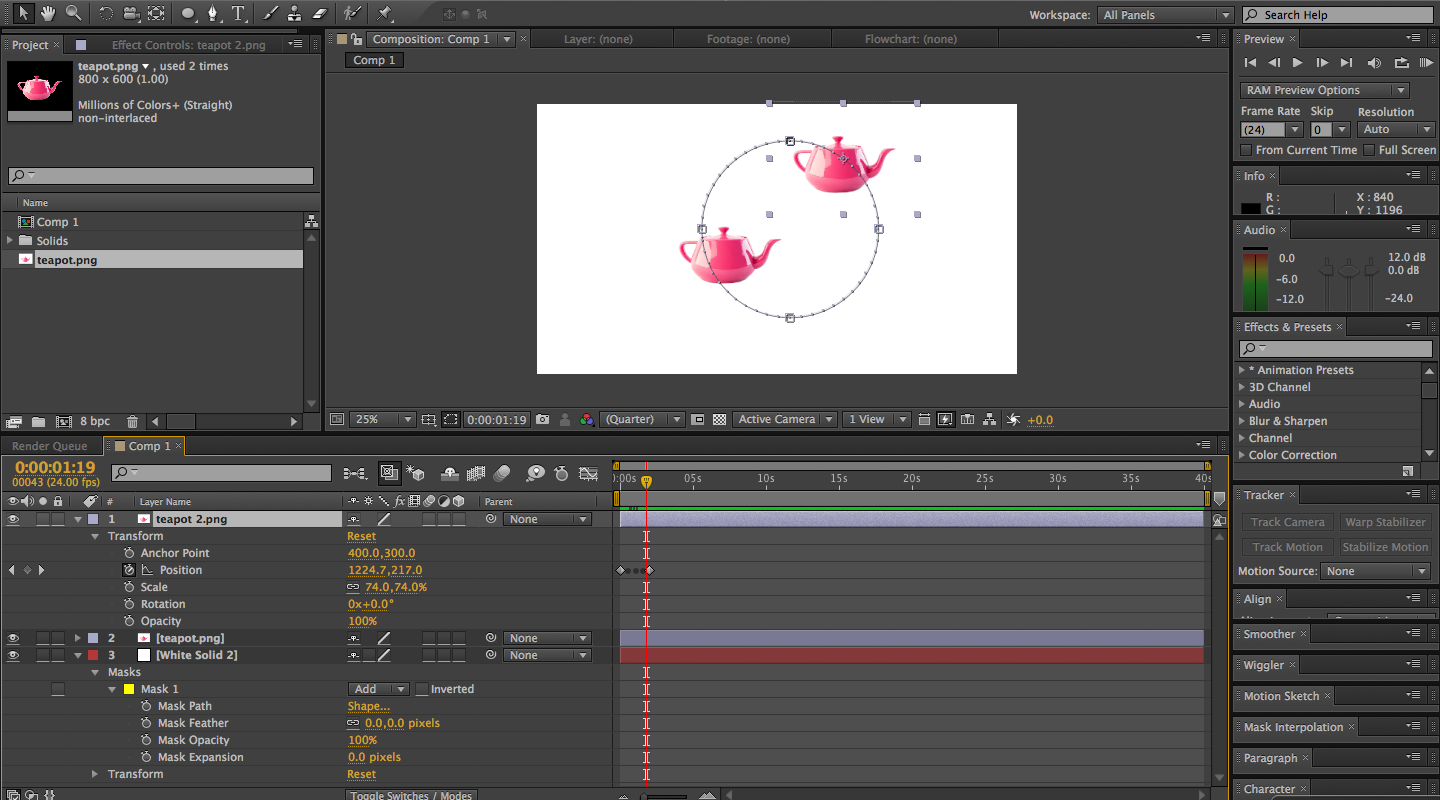 Notice that if you click to one of the Keyframes , you can stretch them, they remain equally spaced. 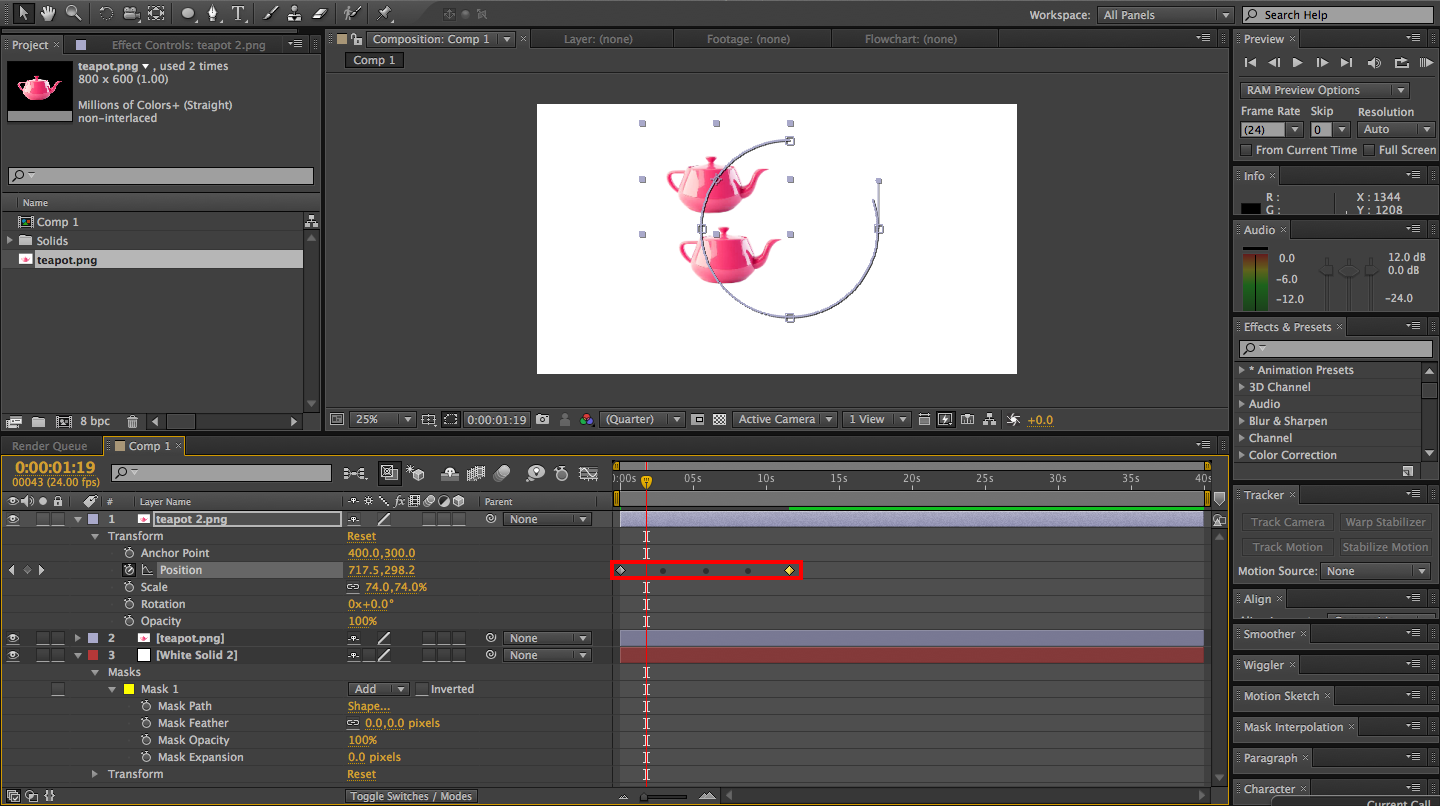 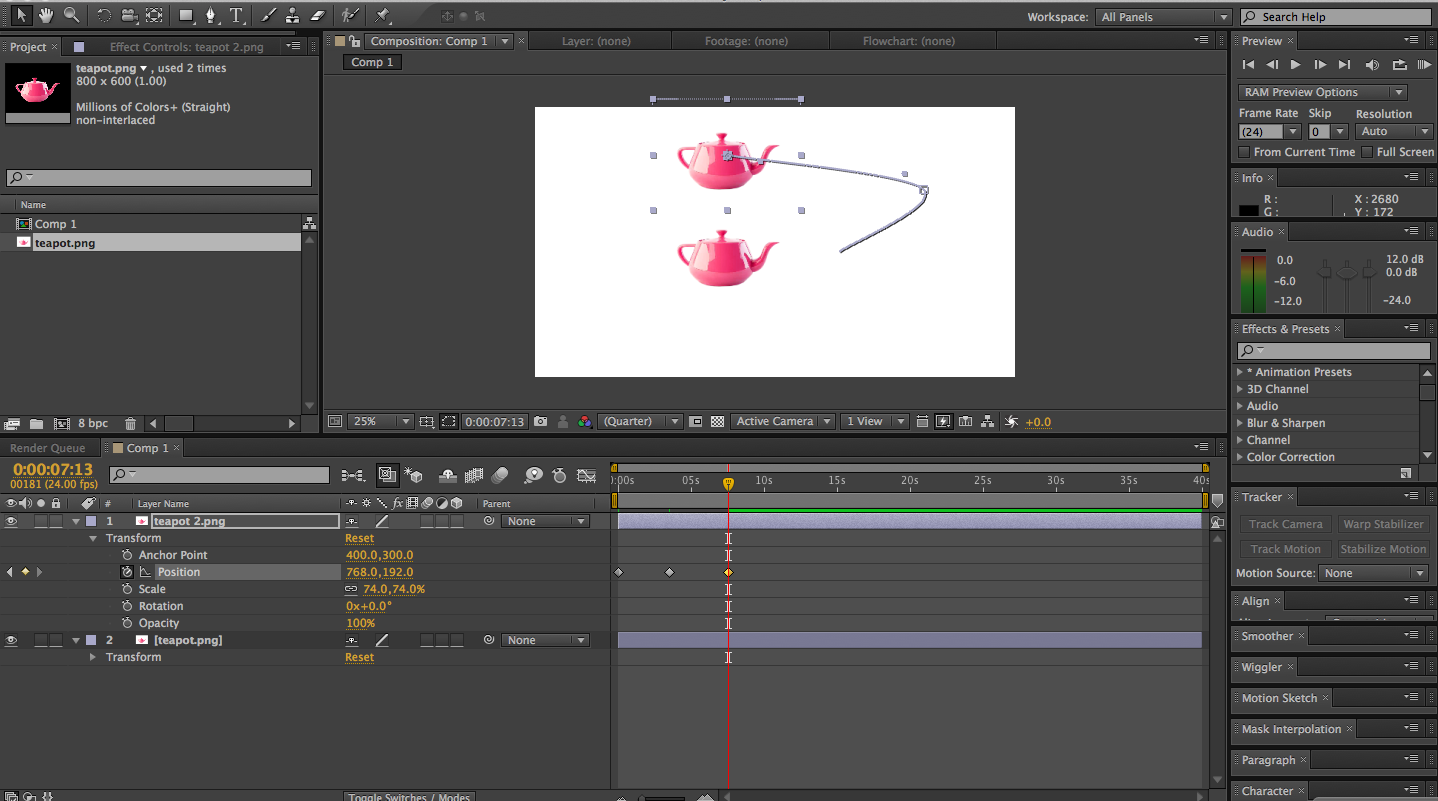 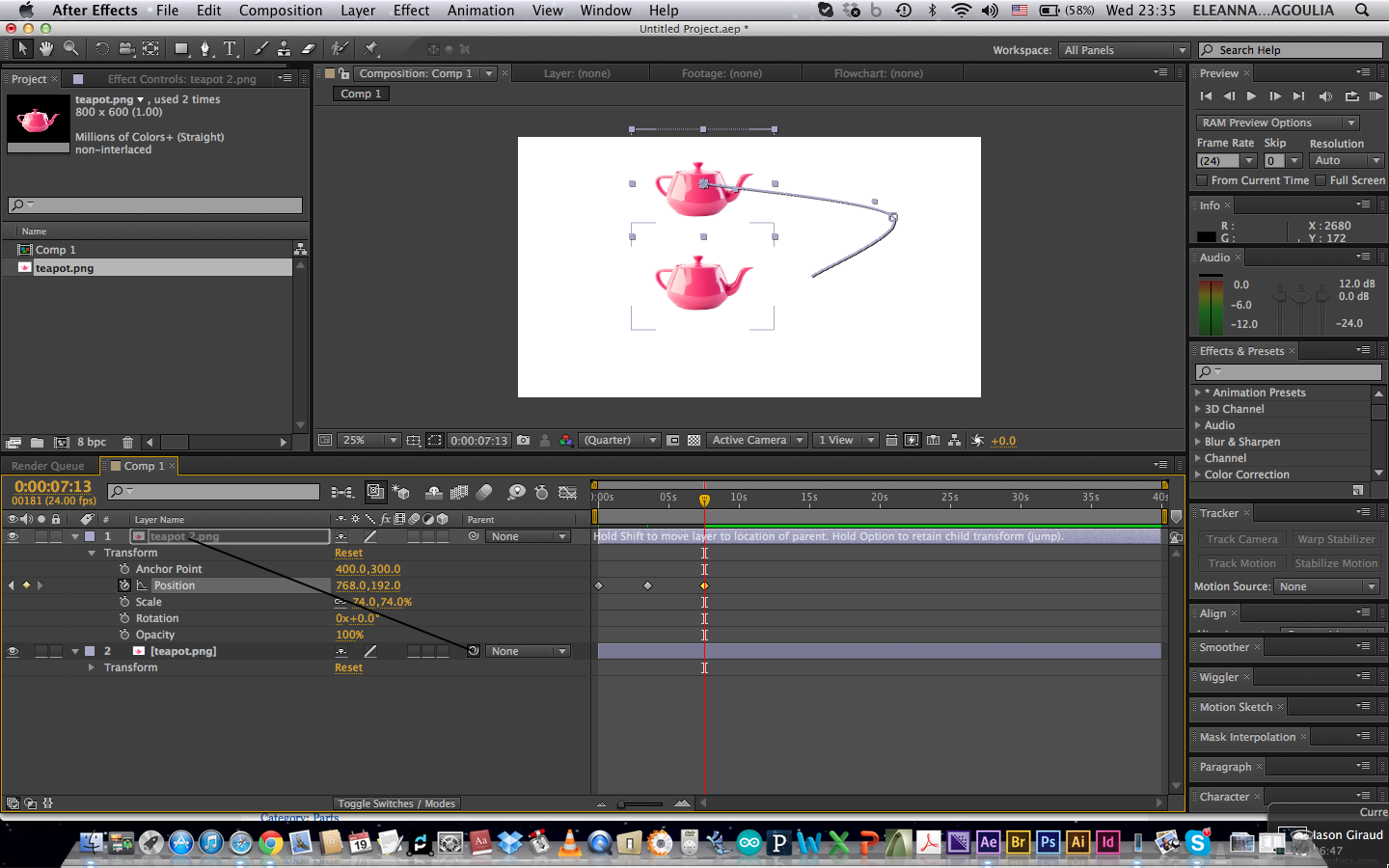 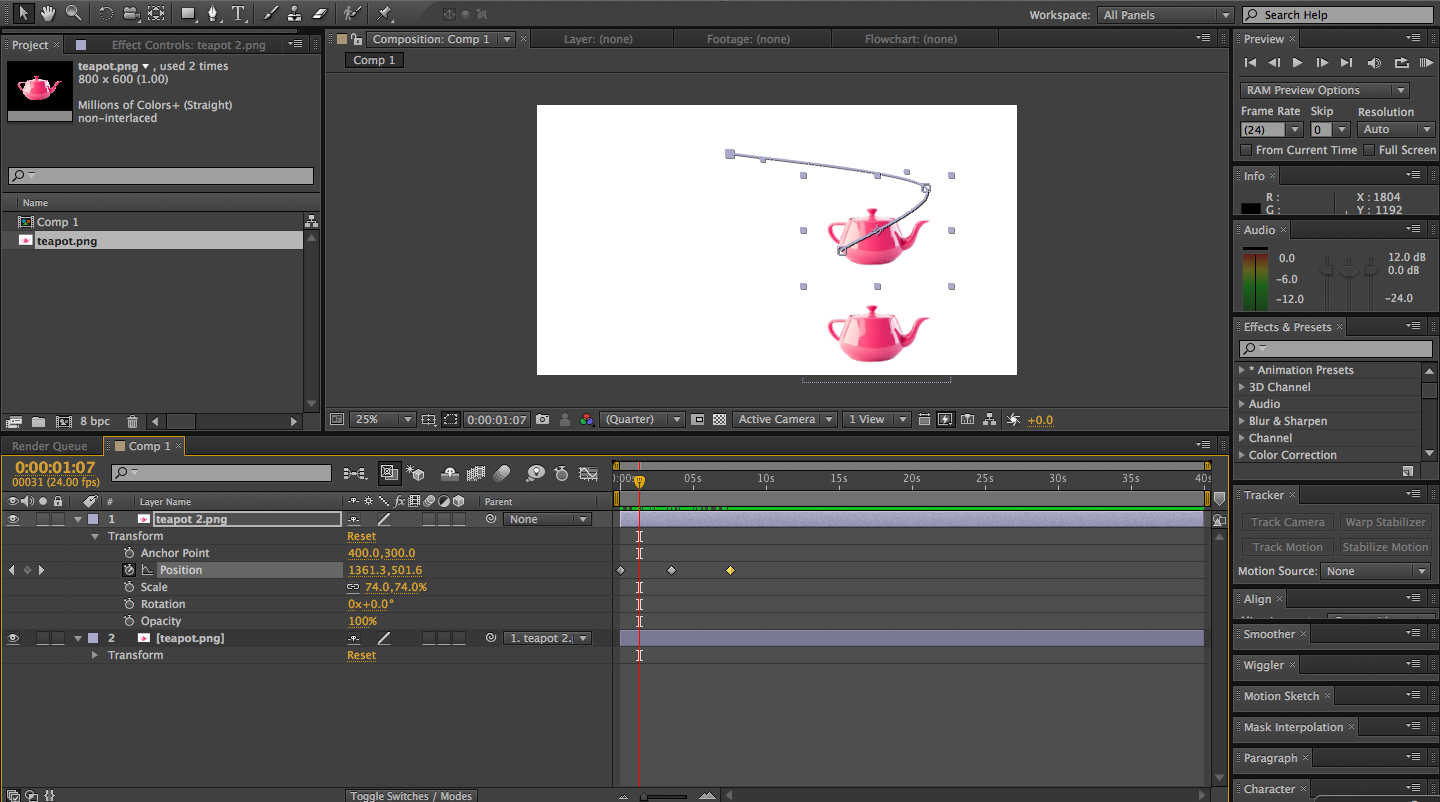 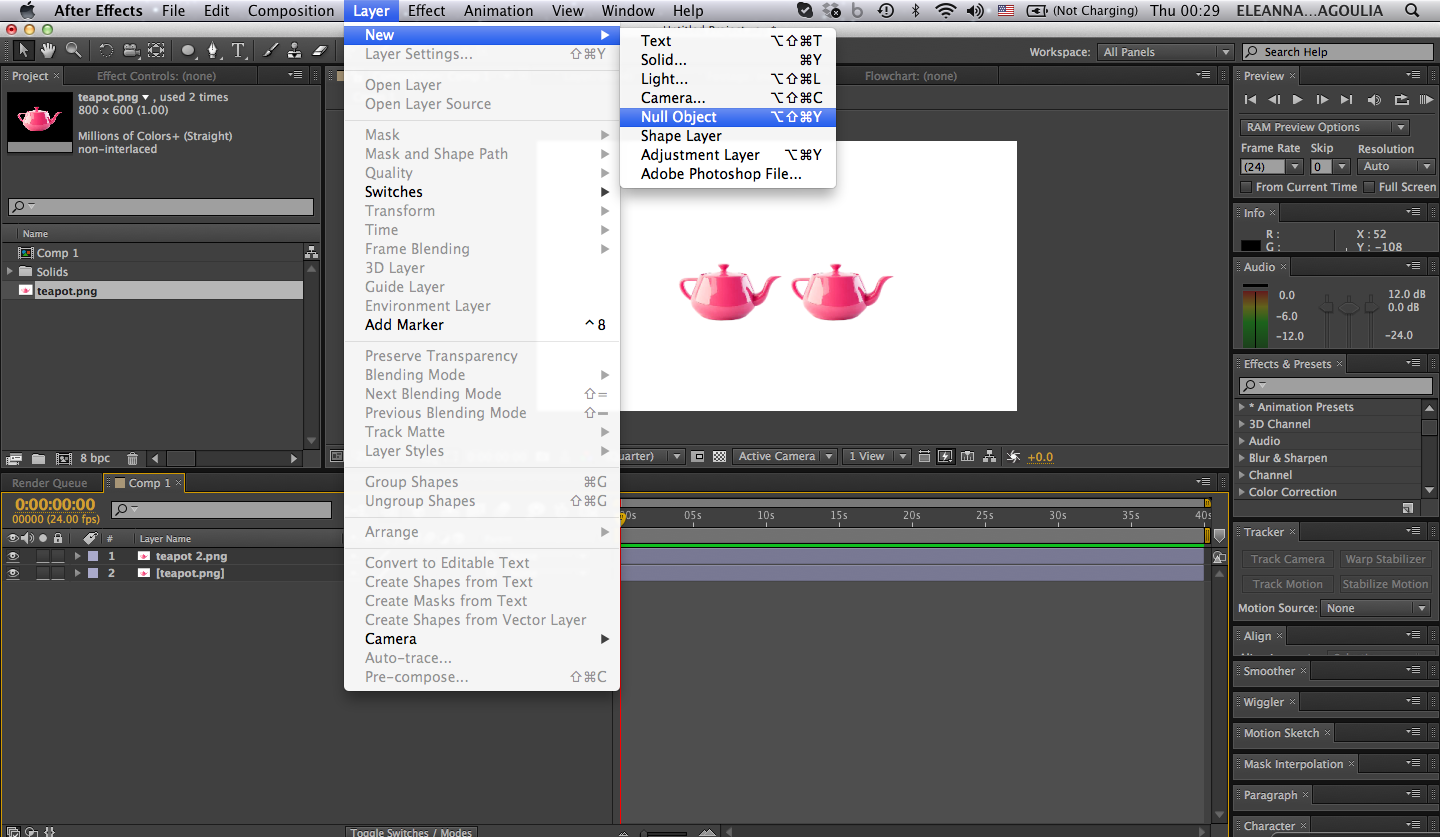 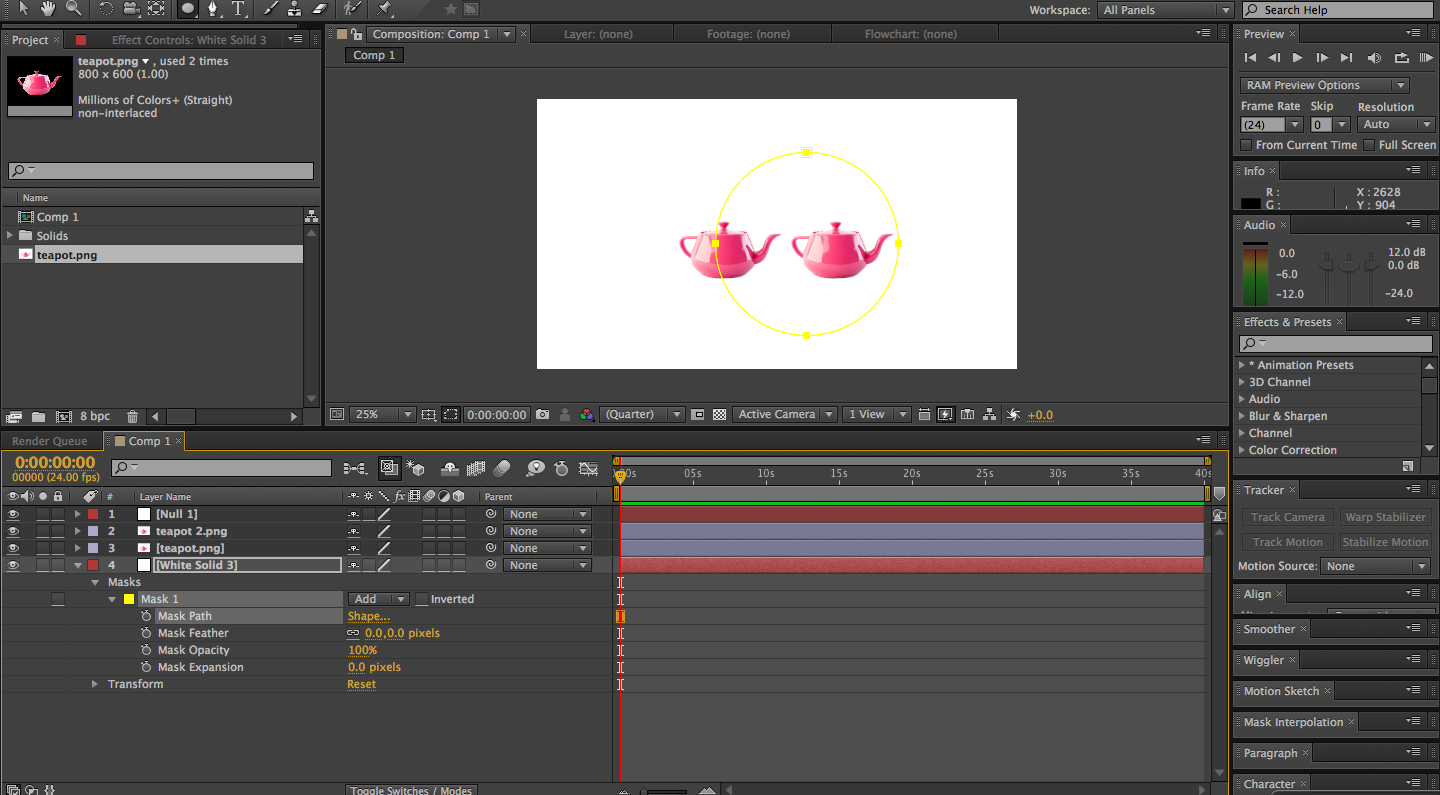 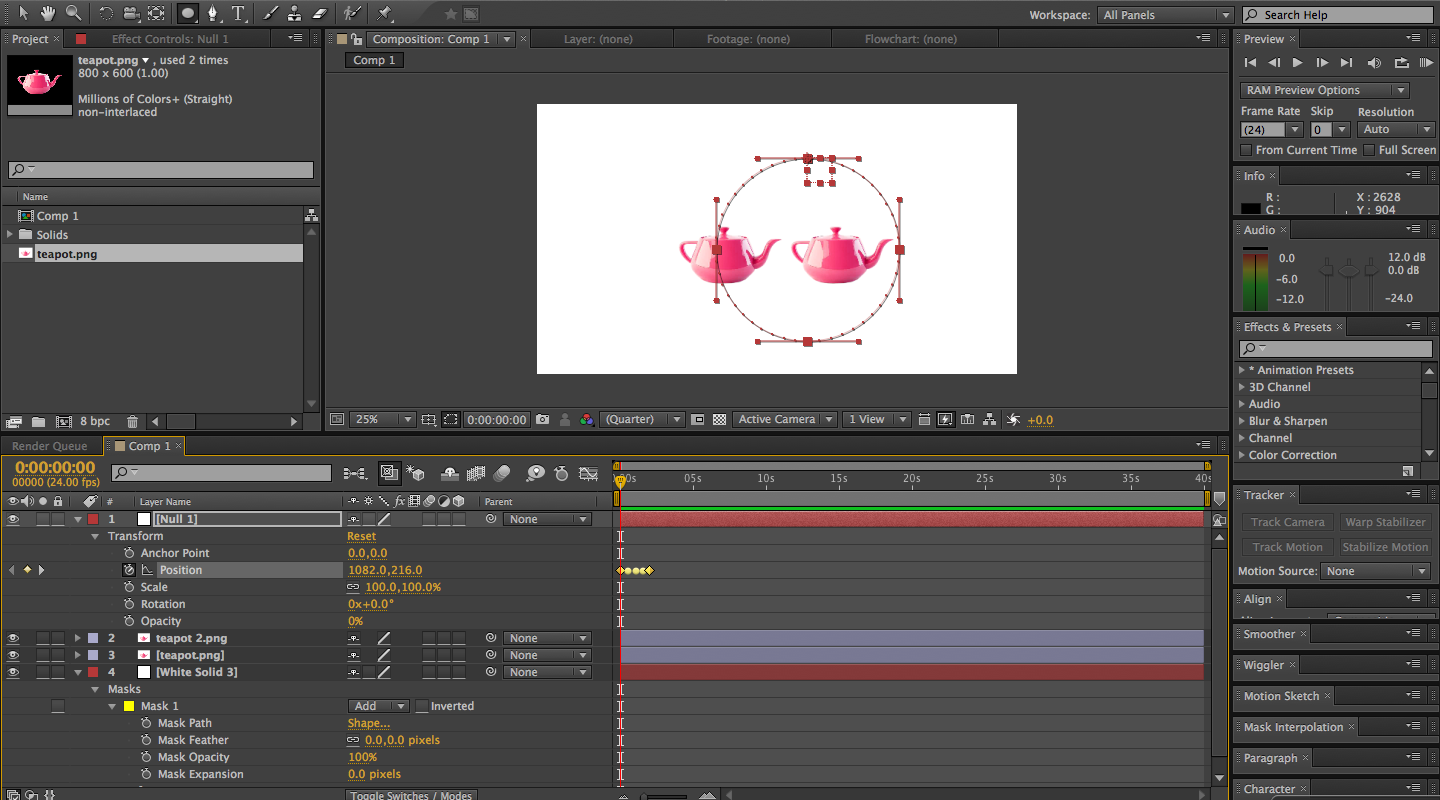 Make the Null Object as parent to your layer 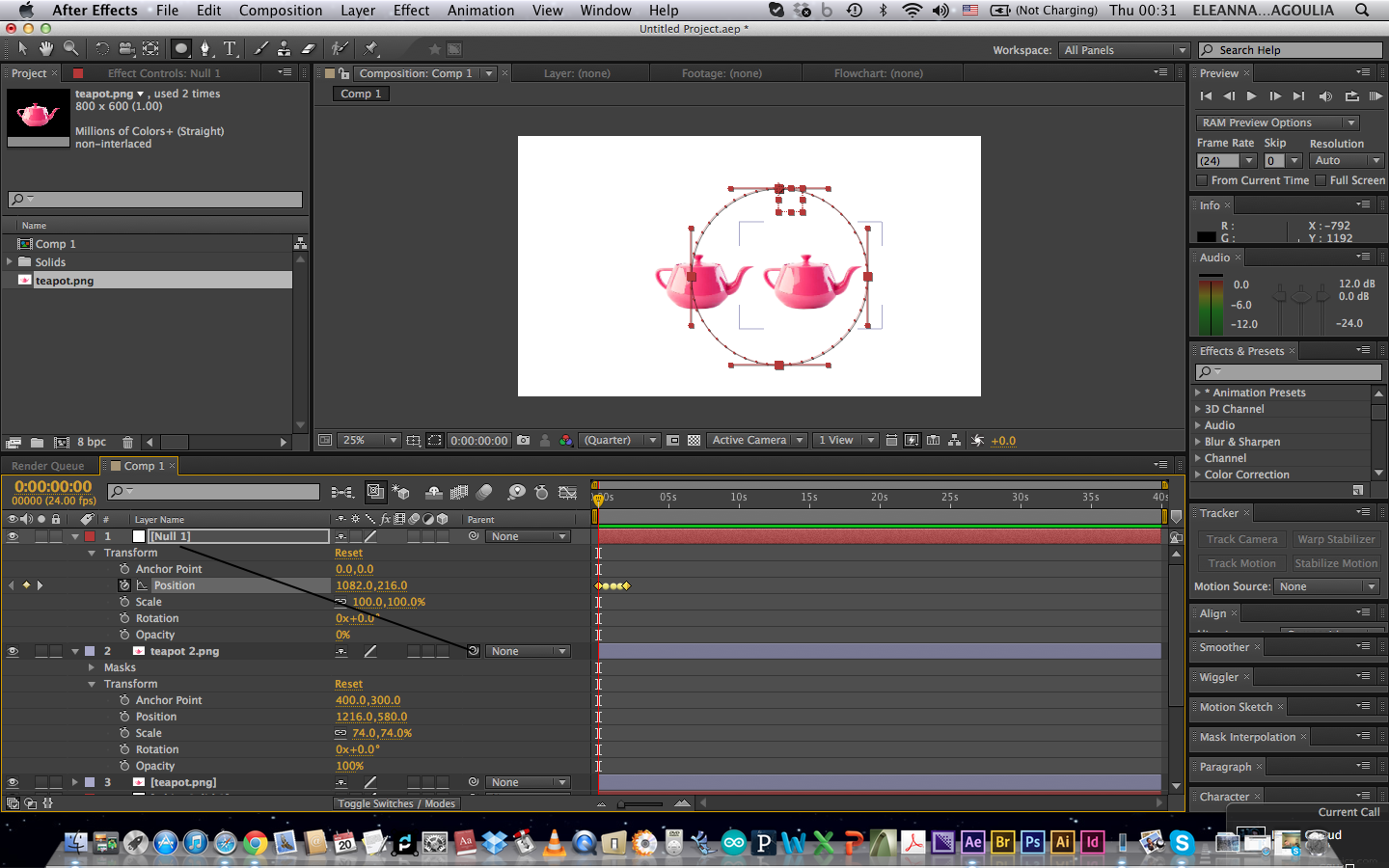 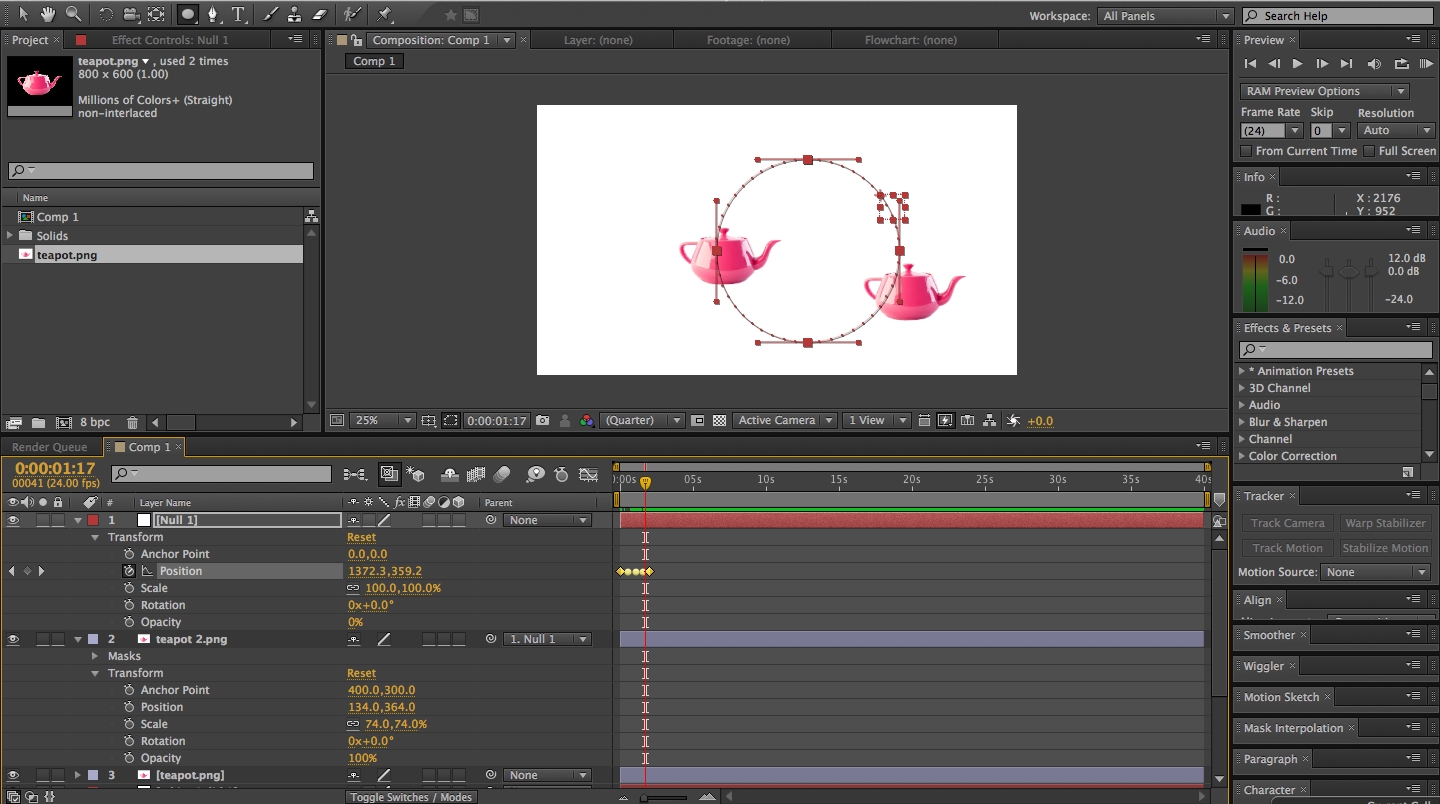