From the elevation drawing, extend two lines one from the ground plane and one from the element you want to use as the other end of the line that will be the relative height measure. This can be either the top of the mass (or building) or a known subdivision.

From the proper vanishing point (usually the closer one), draw lines that extend through these intersections and past them.

Then project a line from the Station Point down past through all lines drawn. For the first time, part of this line will appear in your finished drawing! 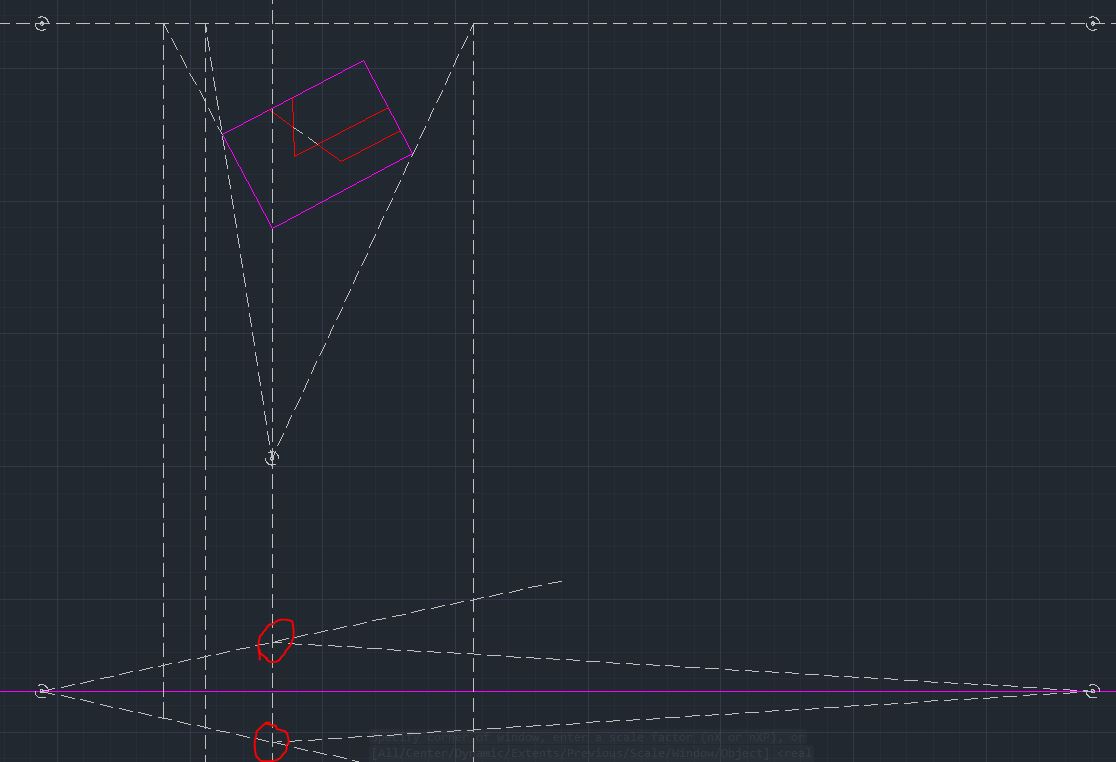 Lastely, this linework must be trimmed down and the lineweights must be changed.