General Approaches to Modeling in 3d

Here we present three general approaches to digital modeling, discussing dominant approaches, typical applications, and common tools inherent to each. The three approaches discussed here are not meant to be exhaustive, but rather to serve as a guide to the novice user of 3d software and as an illustration of the interrelationship of tools and methods.

2d->3d techniques are the most traditional in that this approach to modeling directly utilizes measured plans along with elevations and sections to create 3d form. The 2d -> 3d method is accurate and quite good at modeling relativly traditional walls and floor plates. The 2d -> 3d method can model simple extruded curves, however complex curves and surfaces are difficult in this method. 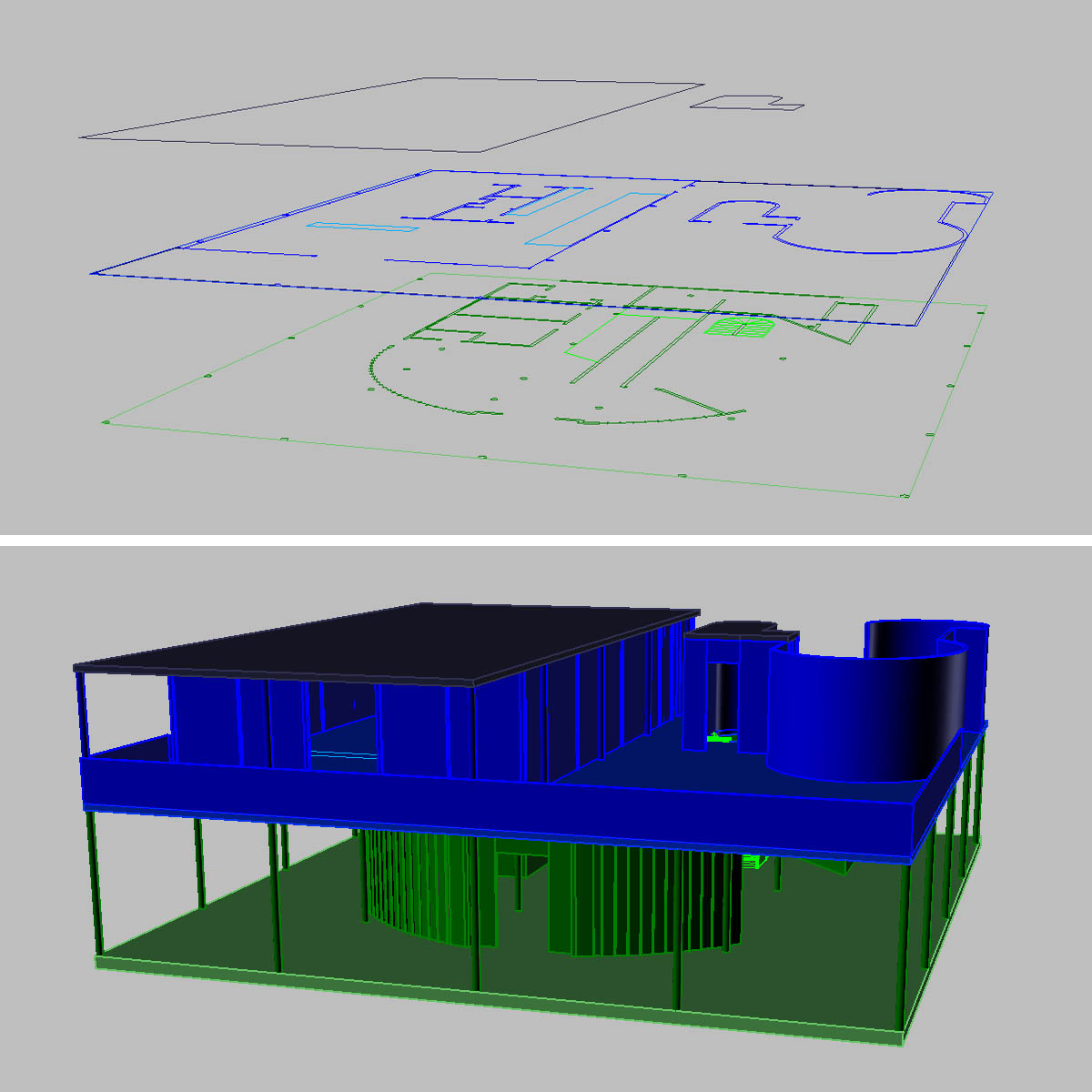 AutoCAD - Computer Aided Design. AutoCAD has been available as a desktop drafting software since 1982. It remains the standard across much of the architectural and engineering disciplines.

Revit is a BIM (Building Information Modeling) software. It contains a building models database that holds thousands of the parts used in buildings - doors, windows, stairs, etc. The Revit work environment allows users to manipulate whole buildings or assemblies (in the project environment) or individual 3D shapes (in the family editor environment). Modeling tools can be used with pre-made solid objects or imported geometric models. However, Revit is not a nurbs modeller and also lacks the ability to manipulate an object's individual polygons except on some specific object types such as roofs, slabs and terrain or in the massing environment.

A Brief History of Revit

Like Revit many Sketchup models are built from preexisting components held in its online 3d Warehouse. The program was designed for simplicity and ease of use.

Creating a 3D Rhino model from Plans and Elevations
Introduction to 3d modeling in Rhino with specificity towards a building model. Modeling from Lines to Surfaces. How to keep a model "clean" and organized while also exact. Surface editing tools.

3D Modeling from 2D Drawings in Rhino
This workflow emphasizes precision, accuracy and organization to create a finished, "water-tight" 3D model. Using floor plans and a section as a framework, we will model the contents of a building. Layer management is emphasized.

Solid Body modeling is much like it sounds, forms in computer space are manipulated as if they are solid forms, rectilinear or amorphous. Solid body modeling fluid and intuitive when working on forms, however it is quite difficult to be accurate in programs like Maya and Modo when modeling measured architecture. Solid Body modeling software developed primarily for use in animation where form and rendering are much important then accuracy. 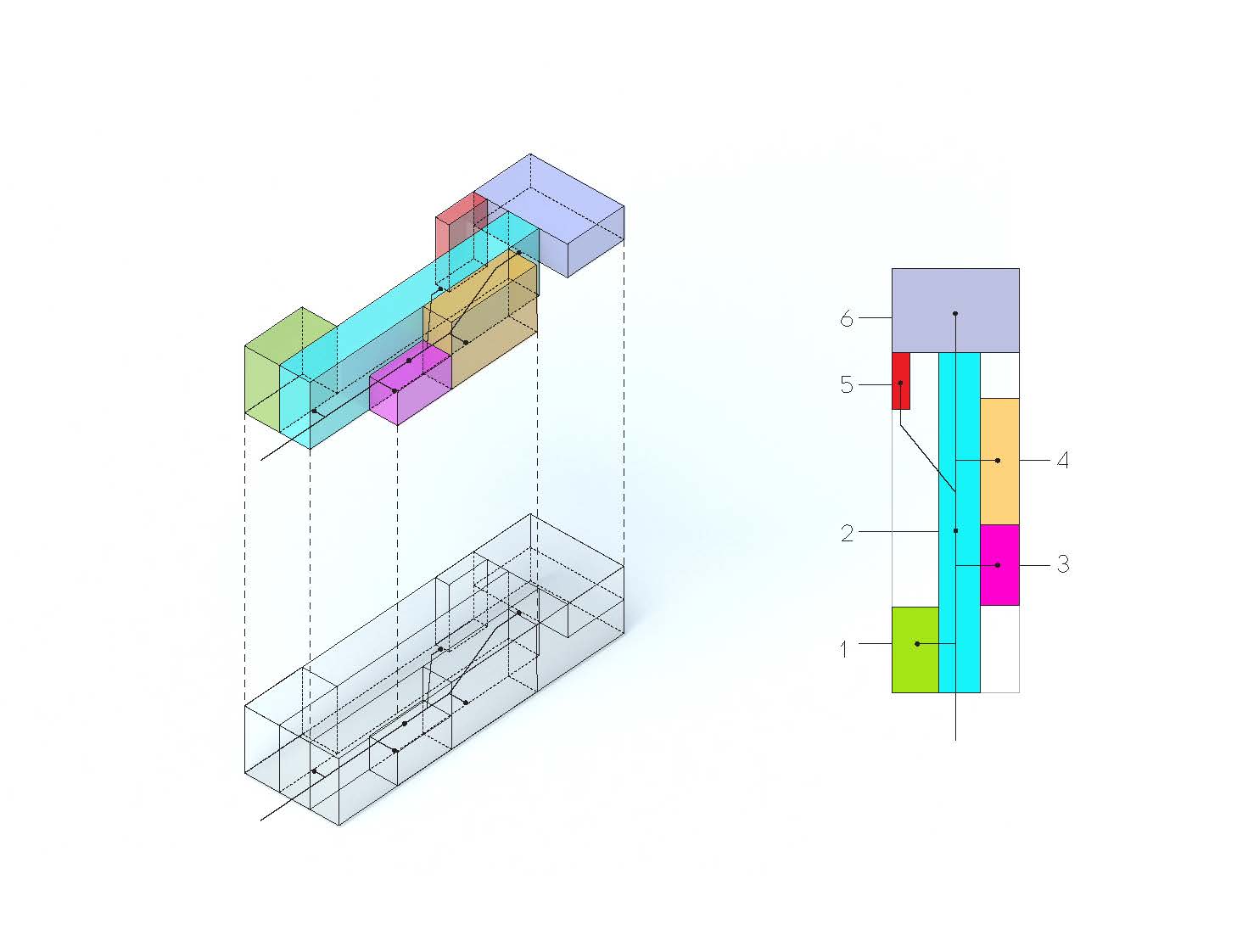 The Embryological House, 1997-2002, by Greg Lynn was an early exercise in the powers and pitfalls of solid body modeling. The project was digitally modeled in MicroStation and Maya.

Notes on the Embryological House

Maya is a 3d computer graphics software. It is fundamentally an animation modeling software used for video games, 3d film, and animated effects. It was developed to make complex digital scenes with objects, backdrops, and lighting. Maya is also used in architecture but in conjunction with other programs with more facility in accuracy.

Modo is a 3D software that combines modeling, painting, animation and rendering in a fused workflow for designers and artists working in the areas of industrial design, architectural visualization, package design, game development, film and broadcast, education and scientific studies.

The Wirefreme to Surface modeling method was first used with a software called CATIA in the modeling of Air Planes. This software was developed and released in the early 80's however it was very expensive and first used in architectural design much later by Frank Gehry 's Firm. It is most useful to think of Wireframe to Surface modeling in terms of airplane and ship modeling. Construction geometry is created in three-dimensions and used as a jig or framework to loft complex curved surfaces. 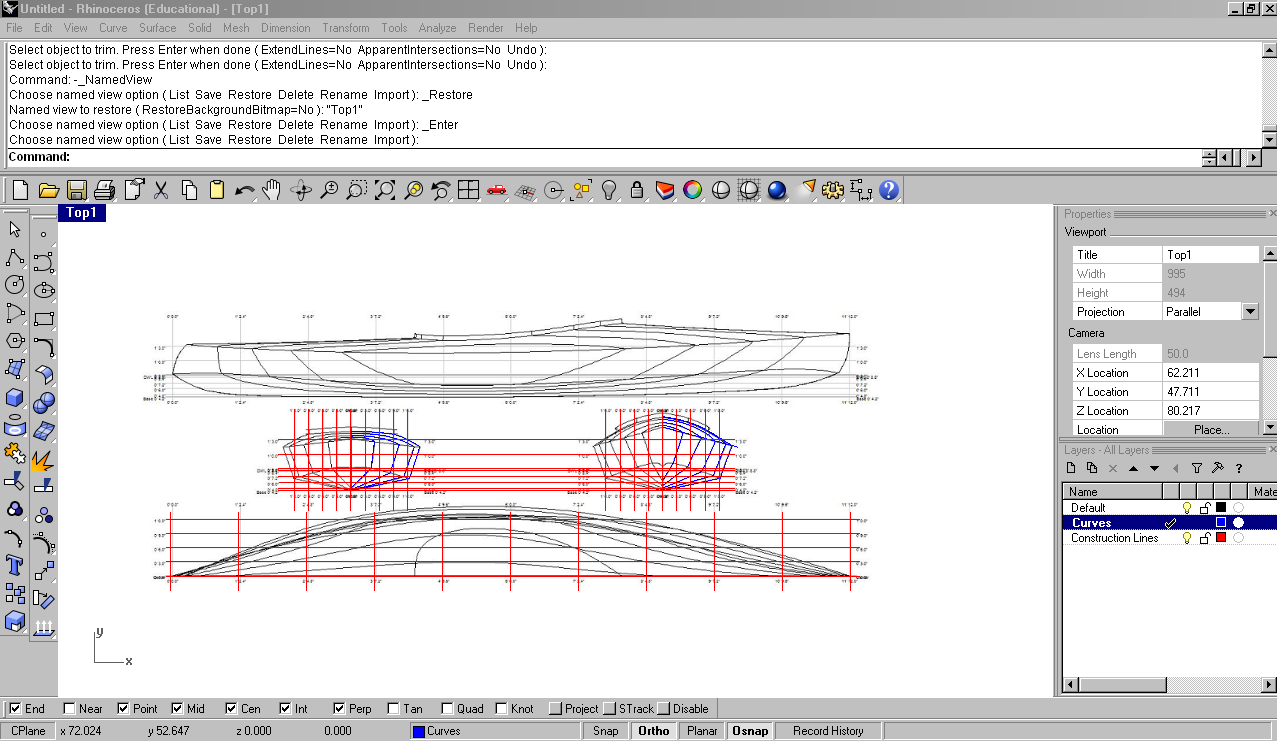 Rhino is a NURBS-based 3-D modeling software. Developed first with ship-building in mind Rhino works most easily with curves and surfaces.

While 3ds Max also appears in the Solid Body category above but the following video demonstrates how the wireframe to surface method can be used in this type of software.

Surfacing a Site Model
Using a digital model to prepare cut files for a physical site model using the surface modeling method. Involves the use of the Rebuild and ExtractWireframe commands before using the SrfPt command to build new triangulated surfaces.