Notice : curl_setopt_array(): CURLOPT_SSL_VERIFYHOST with value 1 is deprecated and will be removed as of libcurl 7.28.1. It is recommended to use value 2 instead in /home/content/89/8512189/html/includes/HttpFunctions.php on line 883

Notice : curl_setopt_array(): CURLOPT_SSL_VERIFYHOST with value 1 is deprecated and will be removed as of libcurl 7.28.1. It is recommended to use value 2 instead in /home/content/89/8512189/html/includes/HttpFunctions.php on line 883
 Context:Overview of Architectural Drawings - studiomaven

An Overview of Architectural Drawings

Here, we present a broad overview of architectural drawings, organized by the type of graphic projection each employs.

The diagram and videos below describe the four types of graphic projection most commonly used in architectural practice. Note the changing relationship between the object depicted, the draw plane (sometimes called the "projection plane", "cut plane", or "section plane"), and the projection rays. While some of the terms below are often used casually in practice, understanding the precise definitions can draw some helpful distinctions: 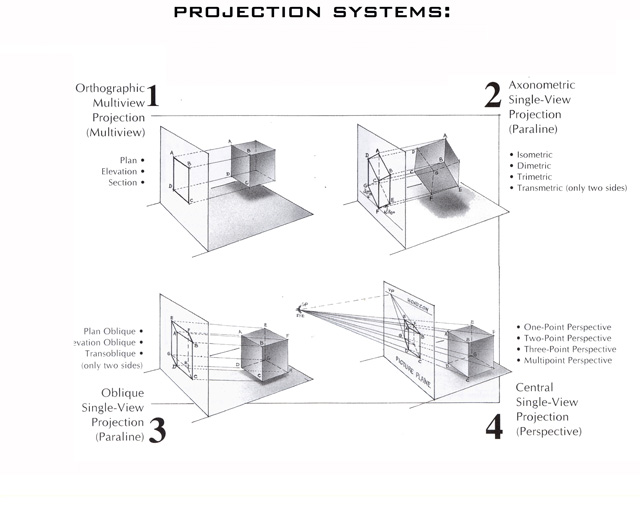 A basic introduction to the principles of orthographic projection.

A discussion of the construction of axonometric and oblique projection drawings, and how these are distinguished.

The geometric principles behind perspective projections.

The Theory and Practice of Perspective
A 1910 instruction manual for drawing in perspective, by George Adolphus Storey.

Conventions of Line Weight and Type

A plan is an orthographic projection representing a horizontal cut through an object or building. By convention, a plan is taken relative to an occupiable space or walking surface such that the "cut plane" of the plan is positioned 4' above this surface. This convention may be broken in certain cases, such as depicting a sloped floor or in order to depict the visual experience of a space with more fidelity. In more rare cases, the cut plane of plans may sometimes be "broken" or "jogged" in order to illustrate a specific architectural idea. 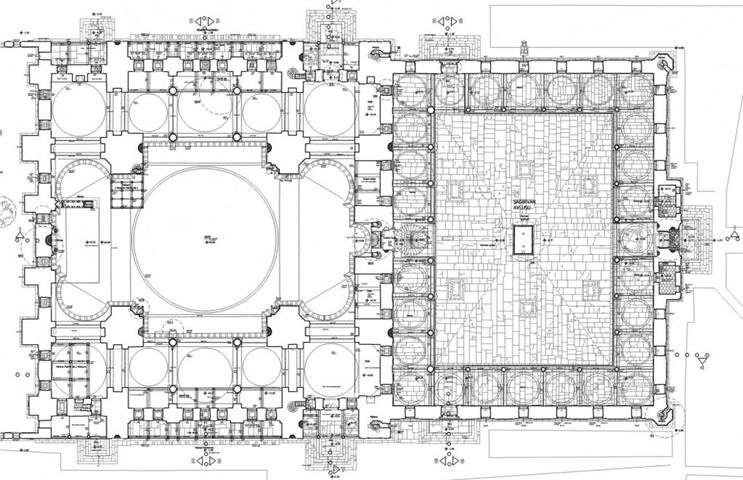 A section is an orthographic projection representing a vertical cut through an object or building and help illustrate spatial qualities within a space.

Where to cut a section is up to you – it is important to cut in areas that demonstrate the BEST and most INTERESTING spaces within the building. Typically, you could not cut through an elevator or stairwell. Auditoriums or light-wells make for good section cuts. Similar to plans, the cut line is the darkest line. 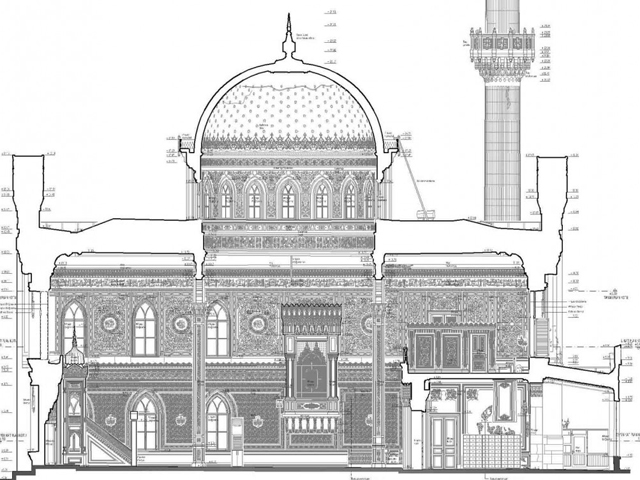 Technically a type of section, an elevation is an orthographic projection representing a vertical view of the outside of a building, looking back at the face. Elevations are typically used to illustrate how the building will look from the outside.

Like all orthograpic projections, an elevation employs a drawing plane (or "cut plane") plane. Since this plane is positioned such that it does not intersect the building in question, no section cut of the building is drawn. However, it is important to note that, when drawing a building on site that the site itself, including any adjacent buildings or topography, must be represented in section when drawing an elevation.

An architectural axonometric is subset of orthographic projection, and includes any drawing wherein the projection plane is positioned at a non-perpendicular angle relative to the ground or the object depicted. 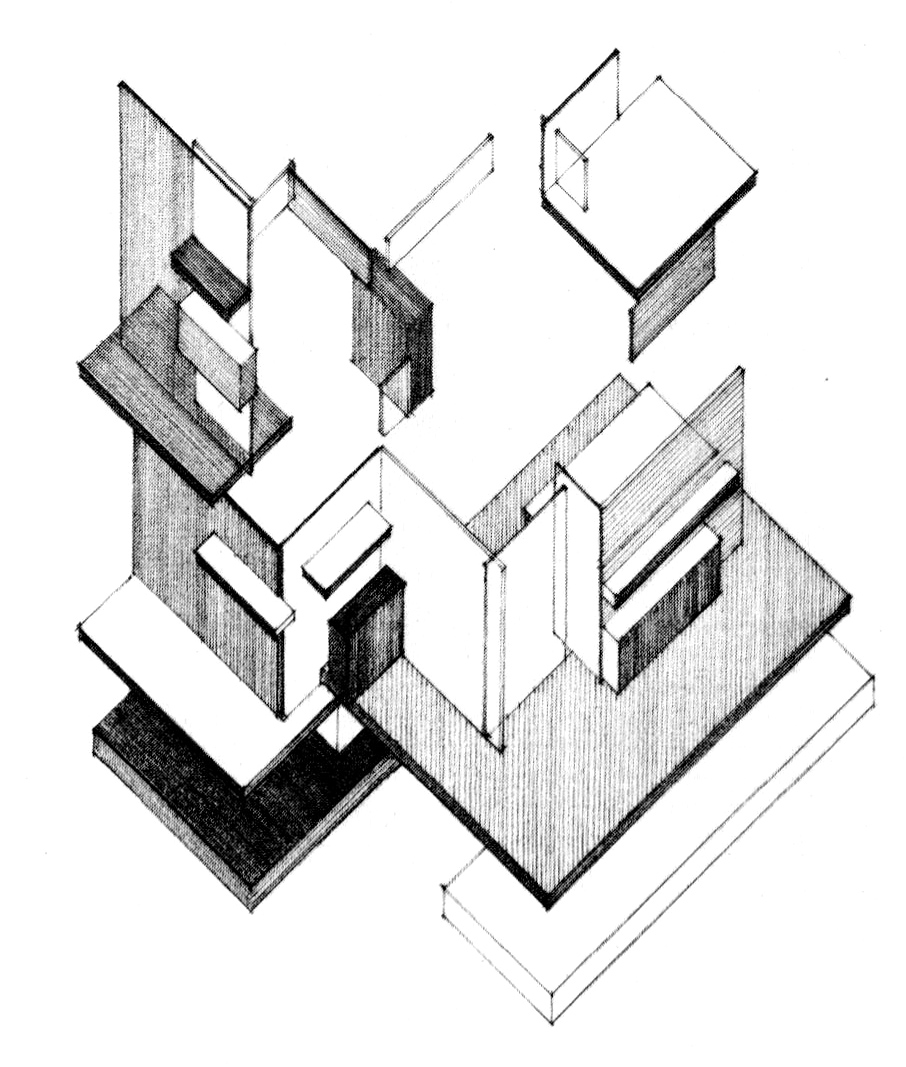 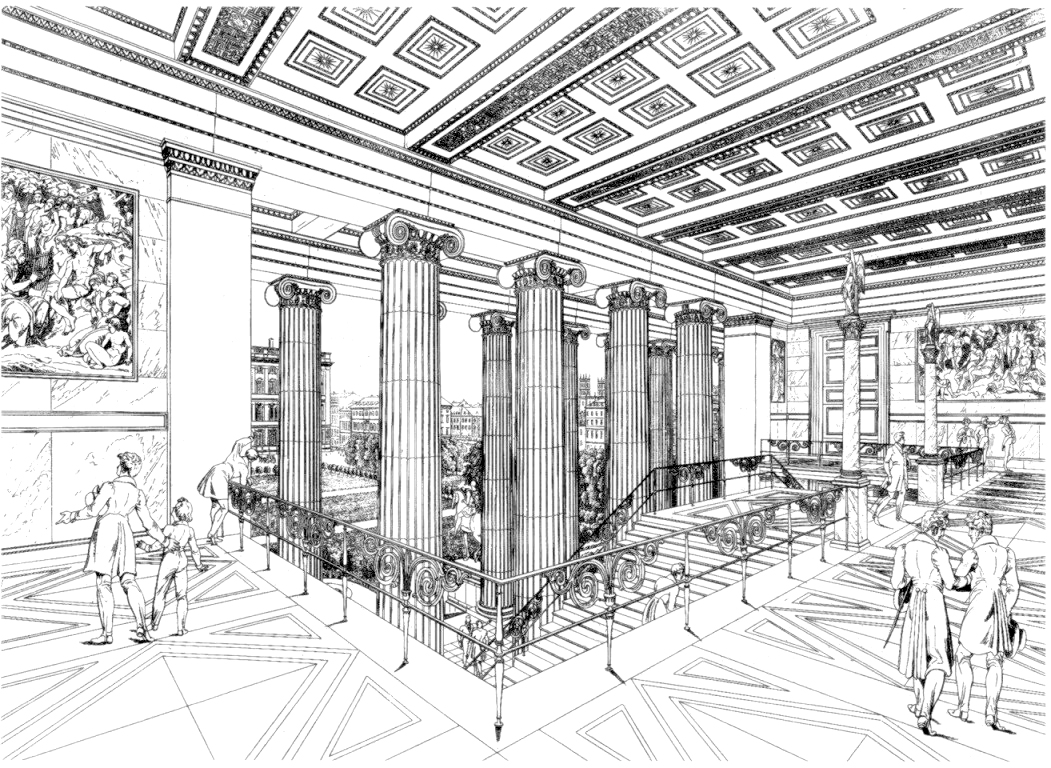 Architectural documents are drawn at a specific ratio relative to the actual size of the designed work.

There are a number of competing standards for architectural paper sizes and formats.

Lines that depict the intersection of an object with the cut plane of the plan hold the darkest line weight (typically an HB or B lead). When depicting solid objects, these cut lines will always form enclosed regions in the projected drawing. Always. These enclosed regions are called the "poché" of the drawing - there exist a number of styles for depicting these cuts. 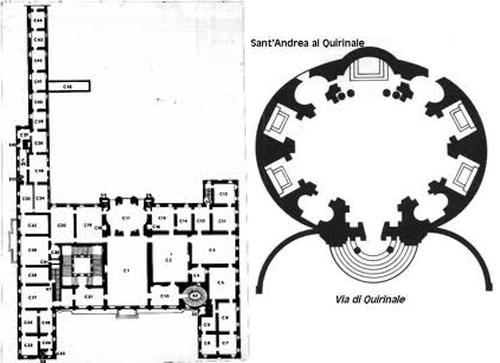 The "weight" of a line simply refers to the thickness (or sometimes darkness) to which a line is rendered graphically. This basic graphic property has enormous effect upon how a drawing is perceived, and how the illusion of three-dimensional space is produced through two-dimensional drawings. Similarly, a range of line types (dashed, dotted, etc) may be deployed in different situations to produce a range of effects. 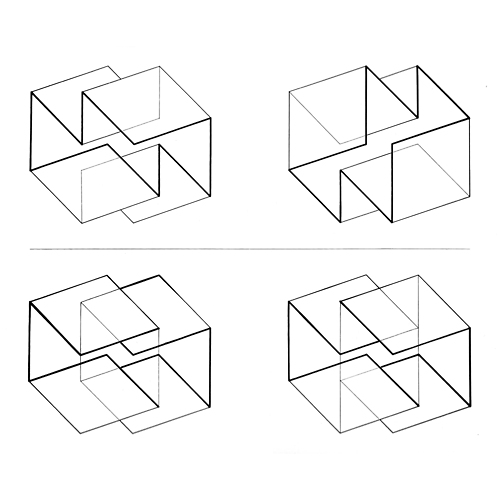