OPEN MODEL : This first example shows the sectioned model as is, and the Make2d linework it produces. Notice how all the linework underneath the ground surface is shown and therefor needs to be deleted.

CLOSED MODEL : This second example shows the same sectioned model but with one surface added. This surface matches the overall outline of the sectioned linework. By cleaning up this linework in the Front view and creating a PlanarSrf , all of the linework that should be hidden, remains hidden.

Intersecting Linework (see more on the Make2d Toolpage )
Rhino will not automatically generate linework where surfaces intersect with Make2D . You may therefore need to manually identify these instances and use the Intersect command to generate the curves to be captured for these intersections.

Helpful tools we have already used:

In order to create the surfaces, it's important to create precise 3d linework. It is imperative to keep this linework in a SEPARATE layer to aid in organization and cleanliness. Helpful tools: 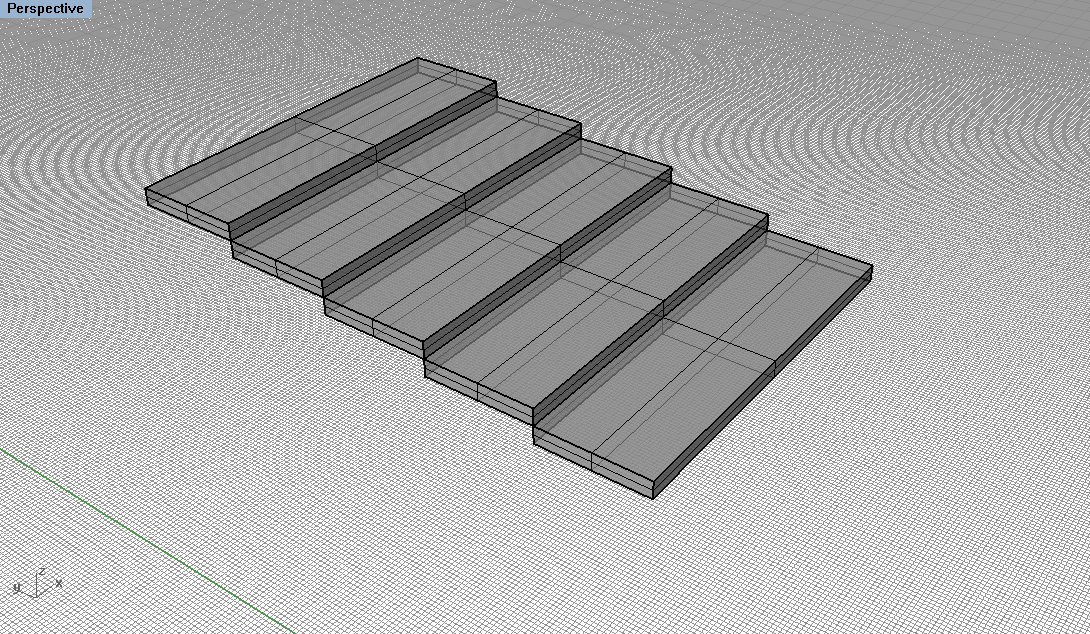 Solid Modeling - WRONG WAY - working with primitives can be the easiest way to "sketch" in Rhino, but offers the least control and creates more linework that needs to be removed when creating drawings. 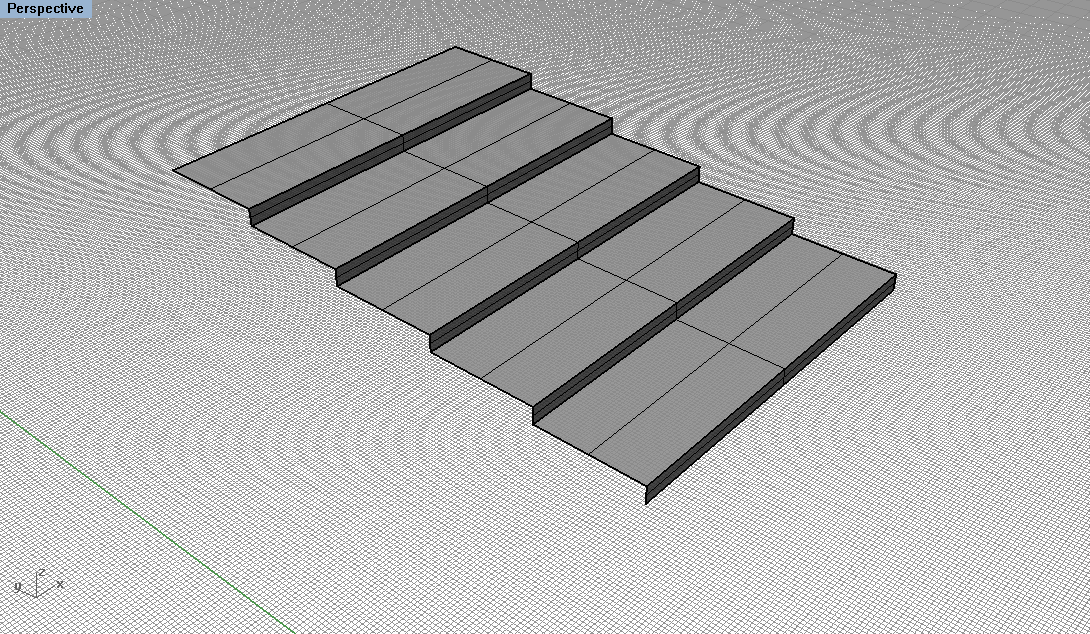 Surface Modeling - Working with 3d linework can create the simplest surfaces to produce the same condition. However it's important to give THICKNESS to this surface. Right now this reads as an infinitely thin surface and would require more linework to be added when producing drawings. 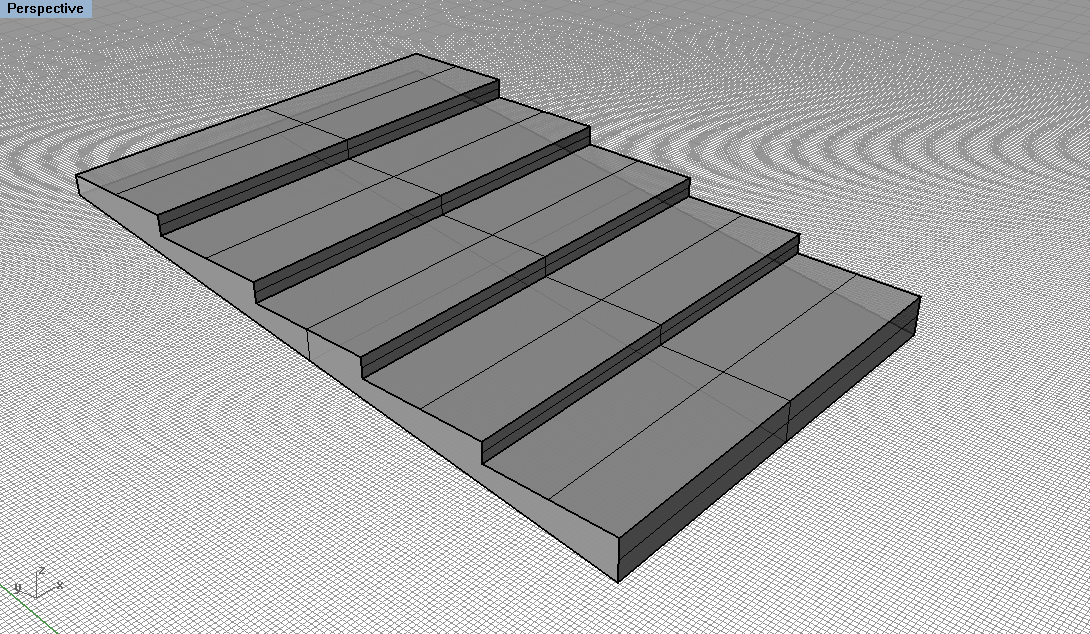 Adding Thickness - Add additional surfaces to indicate the overall volume of the object. OffsetSrf will create duplicate surfaces according to a thickness. For more control, create linework and use the PlanarSrf and EdgeSrf command.

Cutting into the Site

First way: Cut into the site using a larger bounding box than the building itself. Create a Rectangle and then Trim the site itself. Then use the EdgeSrf command to connect the site to the foundation of the building, one side at a time.

Second way: Split off a whole section of the site using either projected linework or a CutPlane . Then create serial sections with this pieces along the x or y axis using the Contour command. Make sure the end edges are duplicated using the DupEdge command. Once you have the skeleton of the split surface, Delete the surface piece. Then transform the linework to suit your needs, either by moving the control points POn or moving the entire line down to the edge of the building. Once the linework is create, Loft the lines to create the final surface.

Overview of tools needed for the exercise:

All final submissions are due no later than 5:00 pm on Friday, September 27th uploaded to bSpace.