Some or all of the information on this page is incomplete, incorrect, irrelevant or confusing. Please help clean it up if you are able.
This workflow is missing a general introduction and synopisis 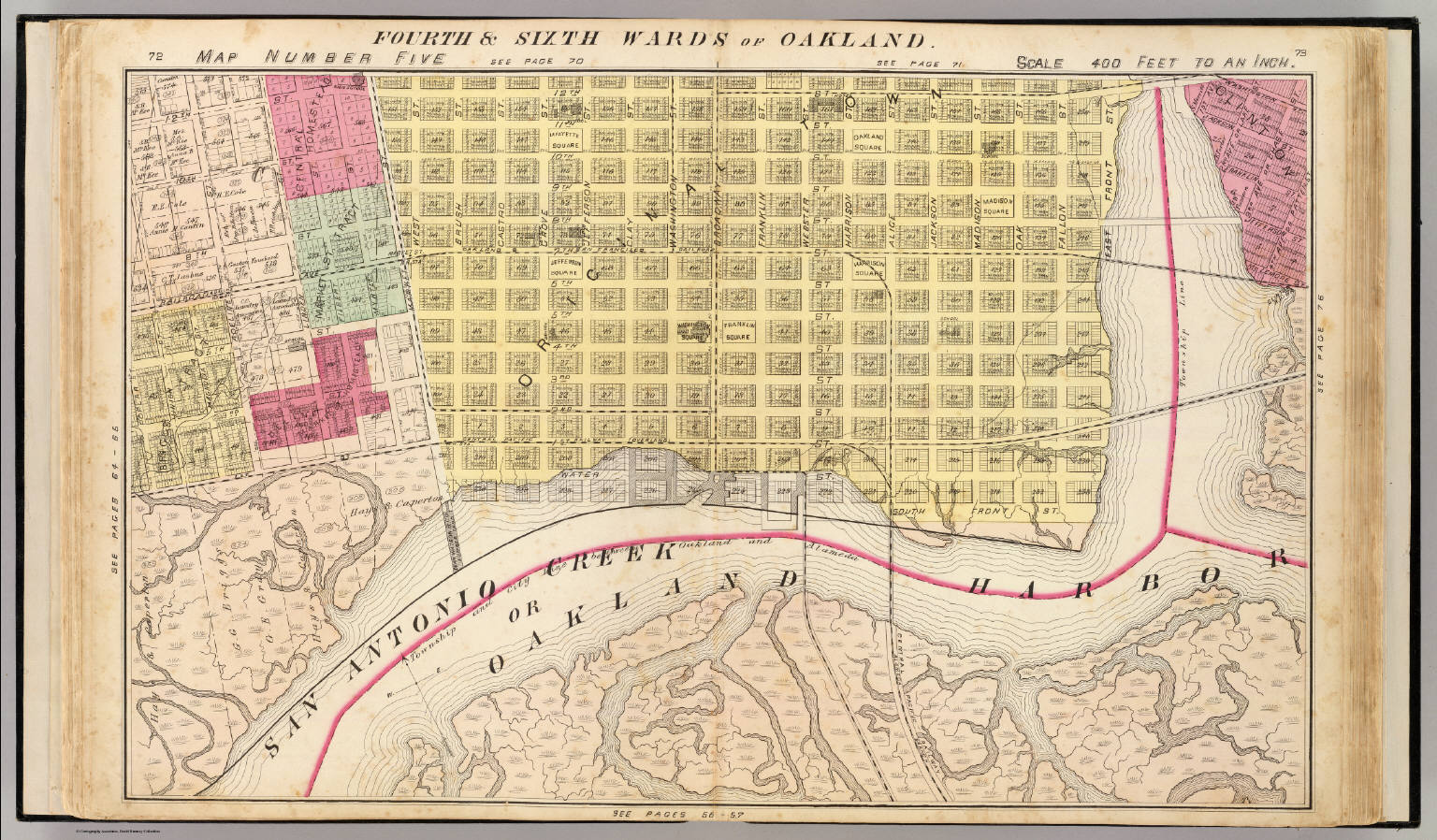 Though there are a variety of ways to obtain geographic data online, it is rare to find data that offers the level of detail desired in the format you prefer. Image files, such as JPEG or TIFF, are often difficult to transform into vector format without a great deal of tracing. GIS data often comes in AutoCAD drawing formats but may be disorganized and require a lot of clean-up. In order to create a figure-ground drawing, the geographic data must include building information.

The Berkeley Map Library provides a wealth of resources for finding maps online and in the library. Popular map collections include the Sanborn Maps (current and historical maps), David Rumsey Map Collection (high resolution images available) and of course, Google Maps (for site specific, up-to-date aerial images). Choose a source based on the level of detail and context it provides.

Sanborn maps are an example of a high resolution image with building information. They were originally created for fire insurance purposes but have become a popular resource for architects and planners. First, open the image in Illustrator . Use Live Trace to transform the image into vector format so that the lines in the image become editable. Go to Object --> Live Trace --> Tracing Options. The settings may need to be tweaked depending on the complexity of the image, but for a large high resolution image, the settings should remain relatively basic. Be sure to select Strokes instead of Fills, and check the Ignore White box. For the Path Fitting option, the lower the pixels, the more precise the tracing will be. Then click Trace. The image source can be deleted or hidden on a separate layer.

Organizing and Filling in Illustrator

Placing the Image in Rhino

Because historical maps may not have clear or crisp lines, using Live Trace will not give clean results. It is easier to trace over the file in Rhino than in Illustrator because the interface allows for a more precise trace and joined linework.

To bring the file into Rhino, the historical map must be attached as a background. Use the BackgroundBitmap command, or right click on the Top viewport tab->Background Bitmap->Place . In the Open Bitmap window, choose the image of the historical map. Most image files (.bmp, .tga, .jpg, .jpeg, .pcx, .png, .tif, .tiff) are compatible with this command. Click to place the image. In edit or scale the image, you must enter the BackgroundBitmap command again to view the options. To Scale the image, go to the Background Bitmap Options and select Scale. Find a scalable point such as a road width. Click on both sides and then enter in the exact distance. Click again to adjust to that distance. Only one image can be put in the background at a time.

Another method is to use the PictureFrame command to bring an image into the background. Select the image file, and then click and drag a bounding box for the image. This command allows more than one image to be placed in the background. Be sure to put the images on a separate layer so that they can hidden or locked if needed.

Tracing and Exporting in Rhino

Next, simply trace the building outlines. Create a new layer named "Buildings." Use the Polyline command with Snap on so that the outline creates a closed polyline. If the map is oriented so that the buildings are at 90 degrees, turning on Ortho is helpful. To trace curves, use the InterpCrv command, which creates a curve through points. Click multiple points along the curve and then press enter. Be sure to create new layers for different groups of objects that are traced because the layer information will be exported with the file.

When tracing is complete, use the Export command (or click File->Export ). Select all of the objects you would like to export. Save the file as an Illustrator file, or .ai. Make sure that the linework to be exported is near the origin in Rhino because when it exports, the file will open in Illustrator at the origin. To move the lines to the origin, select the objects, use the Move command, select the point from which to move the objects, and then enter "0,0".

Move on to Changing Fills in Illustrator .

Organizing and Exporting in Rhino

GIS data is much easier to work with because it is already in vector format--no other action is needed to make the buildings selectable paths. However, the file may need reorganization in terms of layers and the amount of information you want to keep in the finished file.

Open the GIS data file (usually an AutoCAD file in .dwg format) in Rhino by using the Import command. Create as many new layers as needed, naming them with respect to what paths are placed in them. If the lines in the file for buildings are all the same color, use the SelColor command to select all the objects that match the color of the first object you select. Once the objects are selected, right click on the name of the new layer and choose "Change Object Layer." To delete hatches, use the SelCrv command to select all the curves, and then use the Lock command. Then, select the remaining hatches and delete them. Use the Unlock command to access the curves again. (Learn more about object selection in Rhino.)

Move on to Changing Fills in Illustrator .

Now, open the exported file in Illustrator . All of the layers information from Rhino will appear in Illustrator so that the objects can be selected quickly. To create a true Nolli plan, hide all the layers except for the Buildings layer. Then select all of the paths on the Buildings layer by clicking on the circle next to the layer name in the Layers panel. Give the outlines a solid color fill by clicking on the square swatch in the Colors panel and changing the color. For additional elements, such as the water's edge, street details or parking lots, select the layers and make the stroke fairly light so it does not take away from the solid buildings.